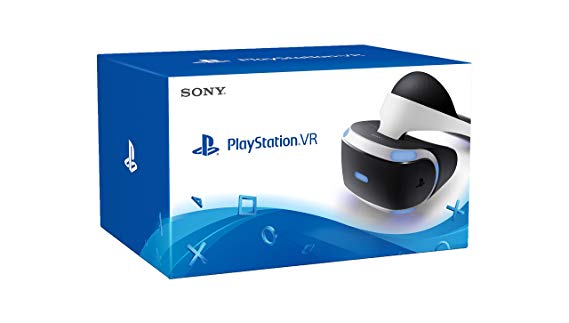 Today I decided to measure the PSVR power consumption level. Since it has it’s own power supply, I had wondered what the wattage was and how much power it would add onto the already high amount of power the PS4 uses.

I have already made a post about the power consumption of the PlayStation 4 pro. Short story, it uses quite a bit compared to the power consumption of the Nintendo Switch. Throwing additional power usage toward the VR headset isn’t what the energy conservationist wants to hear, but the news isn’t all bad. The PSVR doesn’t use a whole lot of power.

To test this out, I tested the VR under a couple of gaming scenarios. I won’t go into detail about them all as there were only two distinct scenarios that had any impact over the wattage the PSVR used.

This is where the power consumption was at its lowest. 13 watts on average while at the main menu. I have a feeling this is down to the fact that there isn’t as much head tracking going on. I was just looking at a giant cinema screen. How or why is a topic for a different discussion. Here are the results anyway. 13.6 watts when i took the picture. I had the headset in my hand and was moving it around a bit to ensure that any motion sensors were being used.

This one was hard to measure because I needed to use the headset while still being able to see the readings. I tried several games, the power consumption ranged from 13-17 watts. It was on the higher side of this more often than not.

It didn’t matter much about what I was doing in game. Moving the PS Move controllers, didn’t influence it much. Moving my head a lot did seem to make it fluctuate a bit more but sometimes it went down when i moved. I can’t offer much of an explanation here, but these are the results.

The PSVR turns out to be quite energy efficient. You have to also keep in mind that the console is doing all the heavy processing and the headset is just sending back movement data and reading the video feed.

Since the amount of power being used was going up and down so often, it is hard to give a solid value to the wattage of the PSVR. I would probably say that as an average it is using about 15 watts. Seeing this makes the Switch all the more impressive.