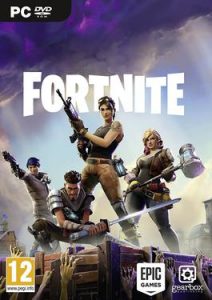 Before Fortnite became an international sensation with its Battle Royale game mode, it launched as a coop game with a mode known as Save the World. This was where four players could team up together to take on hordes of NPC enemies, completing objectives in the process in order to save the world from the impending doom that was incoming.

The mechanics of the game were very similar to that of the BR game mode. Players used melee and ranged weapons to take out enemies, items and other rare ingredients could be found in chests and constructing walls and buildings was a major element of what made this game mode work.

This game mode was not free to play when the game initially launched. This has had an impact on its popularity but there have also been many complaints about the repetition and difficulty of the game mode that have also likely influenced its popularity.

Since the games spike in popularity, Save the World has gotten several improvements and updates but it has fallen to the side as all of the focus is put toward the free to play mode.

Does anyone know what the cheat codes are for Fortnite on the PS4? Anything to give you weapons and restore health?

Video Games Gameplay
Can You Play Fortnite Without Internet?

Do you need to be connected to the internet to play Fortnite? Does the game have an offline mode?

Video Games Game Mode, Technical
When is Fortnite Save The World Going Free To Play

Fortnite was launched based on it being a pay for now and would go free to play in the future. It still isnt free to play though. when is save the world being opened up?

Video Games Other
What does Fortnite BR mean?

People in the Fortnite communities often mention “Fortnite BR” in the comments. What does it mean?

Video Games Other
When is Fortnite releasing on Android?

The game is already out on iOS. Why did they not release Fortnite at the same time? When do they plan in releasing it?

Video Games
What does the blue drink do in Fortnite?

People often drop this bottle of blue drink when they die. What does it do? 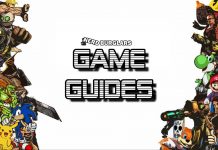 How To Find Survivors In Fortnite

Dan Hastings- July 15, 2019
Survivors are common events that happen in the Save the world mode. Finding 10'000 is a tall order. Here is how to find survivors in Fortnite

Dan Hastings- July 15, 2019
The homebase menu in Fortnite is split up into several tabs, each allowing you to control certain things. Since the game does a very poor job at explaining what a lot of it is for, this guide will help you...

Power Levels And How They Work

Dan Hastings- July 15, 2019
Power level is one of the more confusing elements when you first start playing Fortnite. The game does very little to explain what it does and how to alter it. It doesn’t become an issue until the game starts suggesting...

Dan Hastings- July 15, 2019
The skill tree in fortnite can be difficult to understand at first. This guide will give you a break down of how this sytem works.

Dan Hastings- July 15, 2019
Deciding on a hero class that works best for you is one of the more challenging things that you will have to do in Fortnite. Once you get to the point where you are able to evolve your heroes ,...
View All Game Guides 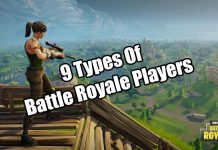 Dan Hastings- November 27, 2017
There are a lot of different tactics to use when you play Fortnite. Once you have played a few games, you will start to notice some trends. Here are 9 different types of Fortnite players you will come across as... 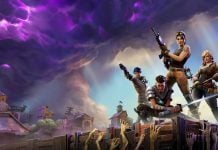 Dan Hastings- July 12, 2017
This post will explain everything you need to know about the Fortnite early access features that will be launching with the game this July