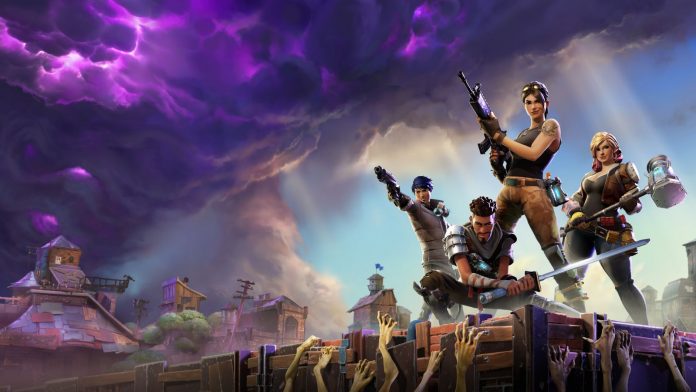 Fortnite Save The World Beginners Guide
Table of Contents

Having spent some time playing Fortnite, I can say for sure that there is a bit of a learning curve. The main homebase UI is quite large and complex and due to the free to play design of the game, basic things that you might expect to be available are locked until you make some progress. This is a Fortnite beginners guide will help answer some common questions about the game and help you get up to speed much faster.

If you have any questions, be sure to ask on the Fortnite FAQ page.

The tutorial is a little longwinded and boring a times, but it is most definitely worth doing. The game has a lot of things going on and the tutorial questions do a really good job at ensuring you are making progress and unlocking all of the different features and abilities that you can. Rushing into the game to play with others will only slow you down in the long run.

2) Save Any XP Boosts And Powerups

XP boosts are useful in that they give you a % bonus at the end of each game. At the start, you will likely suck and be earning a fairly minimal amount of XP per game. 10% of 5000xp might still be good at the start, but you likely could have earned more than 5000k if you had a few games under your belt. Wait until you have played a couple of games before you start burning through the xp boosts. For the teammate boosts, only give them to people who help you. You will find later on that Storm Shield defenses suck a lot! People are often kind enough to help out and the best way to return the favor is to activate a team xp boost when people jump in to help.

When you upgrade a weapon schematic, it makes a weapons more powerful, but it also means that you will require new crafting ingredients to create it. In some cases, these ingredients can’t be found until later in the game and you will be left in a position where your weapon schematics are too powerful for your current level and you wont be able to source the crafting components that you need in order to craft the weapons until you progress further in the game. It is better to be upgrading a few different weapons so that you can slowly upgrade them as you progress.

4) Take Your Time In Missions

There is a bonus for completing each mission or quest in under 2 days. This is quite a lot of time and even if you take it slow, you should be able to hit this target. Even if you miss it, the bonuses you will get from the extra time spent scavenging is well worth it. Sometimes you get players who will rush and trigger things too early, there is nothing you can do about this unfortunately, but as long as you make it your priority to find resources and supplies first and then begin hunting for the quest objectives, you should end up with a lot of rare and valuable resources.

5) Look Out For Treasure Chests

A Fortnite beginners guide wouldn’t be complete without a reference to these. On every map, random treasure chests will appear in hidden locations. They are there from the start of the game and once a player finds one, other players will miss out. Meaning, first one to find the chest gets the loot. I am going to create a dedicated section to the guide for this as I feel this is a really important thing for people to know. You will get a quest that will make you familiar with the treasure chests, but it wont come for a few hours. You can always hear the chests when you are nearby. There is a sort of angelical aura sound that comes from them. The developers seem to have gone to great lengths to hide them though , so if you hear one, start knocking down walls because there are a lot of hiding places that cant be accessed through doors. I have found several hidden behind false walls and stuff, so be on the hunt. They are usually hidden on the upper floors or basements of houses. When you start a level make sure to hunt these places.

For most people the soldier is the way to go for a well rounded experience. The soldier is fairly good at everything, but it is good to try out some of the others to see if you excel with them. The soldier is the go to class for people who are unsure, but the other classes have abilities and features that might be better suited to however you like to play. The constructors will build much faster, the outlanders will scavenge faster, but this can come at the cost of other abilities. Try out everything and see which suits you best. A stage will come where you will need to do some grinding to get gear, so this will be a good chance for you to try out the other hero types.

7) Death Is Not Permanent

I was worried at first that because you could have so many heroes, that when you died the hero did too, but you can continue playing when you die. It comes at the cost of durability, but it is not permanent, so there is no harm in picking a hero you like the best at the start and just working toward building them up.

8) Don’t Be A Hoarder, Your Backpack Is Small

Inventory space in Fortnite is incredibly limited. It is a major hindrance and because of this, you cannot be a hoarder. The game is quite generous when it comes to giving supplies, so you should always use your good weapons. Once you have a few rare schematics, you should be crafting these weapons and scrapping any gray weapons. You can recycle weapons by opening your inventory and pressing the recycle button for that weapon. This will give you some resources for it. A handy tip is that scrapping a weapon that is almost destroyed still gives you resources, so it is a good idea to wait until a weapon is almost broken and then scrap it. At least you will get something from the weapon being broken.

There is no way to respec a talent tree. Any decisions you make now will be stuck with you for the rest of the game. There may be a pay to respect feature in the future, but for now this is it. I spoke about the stress of talent trees quite recently actually and this is a good example of it. At the start there aren’t too many options, but after a while things will branch and there are not enough points for you to purchase everything. You need to find out what hero type you like the best and then start spending talent tree points that benefit this character type. Read over everything carefully. There is no need to spend them all right away, although this will work toward your power level, so they need to be spent eventually.