Quantum conundrum is a first person puzzle game that is very similar to Portal. You are given puzzles that you must solve using the environment or using various powers that change the game world. While the game does not contain a portal gun there are still a lot similarities between Quantum Conundrum and Portal. If you are a fan of the Portal games then you will most likely enjoy this game.

The first thing I liked about this game was the visual style. Large rooms with exaggerated features, overly large doors and windows. The furniture is old fashioned in its appearance, but it is also in good condition making it a blend of old and modern. The visuals overall were quite nice with no major eye sores sticking out at any points. The game goes for a more animated movie approach with its visuals. This results in nice vibrant colours that give the empty mansion a bright happy appearance. 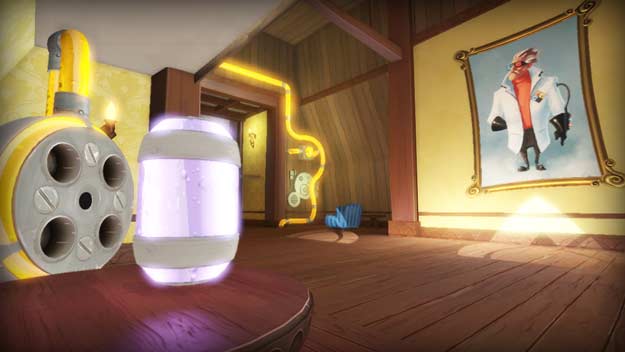 Another great thing about this game is the humour. There is a man who speaks to you through an intercom system for the duration of the game and he comes out with a lot of funny lines. This man is the scientist who owns the mansion and he has become trapped, this is where you come in. Having someone talking to you through a lot of the game keeps you company as you make your way through the mansion. Even without the voice work the game gives off a light hearted, easy going vibe that keeps you happy as you play the game. There are many funny things around the levels for you to enjoy as you play the game which help keep the game happy. 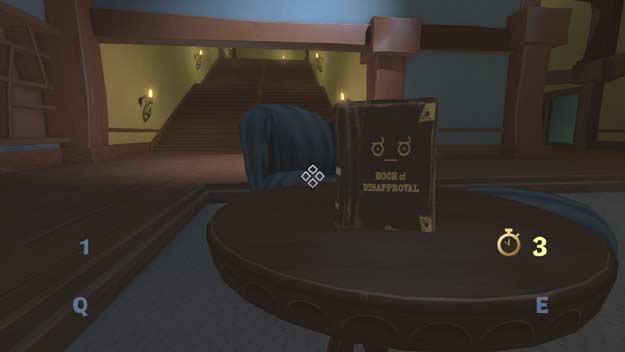 The gameplay is what makes this game a lot of fun to play. There are four different dimensions that you gain access to over the duration of the game. Fluffy, heavy, slow and reverse gravity dimension. These dimensions work like special powers. You then have to use them to try and solve some of the puzzles by taking advantage of the abilities you obtain while in the specific dimension. The fluffy dimension is the first that you gain access to. This dimension turns everything in the room fluffy like a pillow. Large heavy boxes that you couldn’t lift before can now be lifted, but only while the dimension is active. Once you enter a new dimension the effects of the old dimension will no longer be in effect. 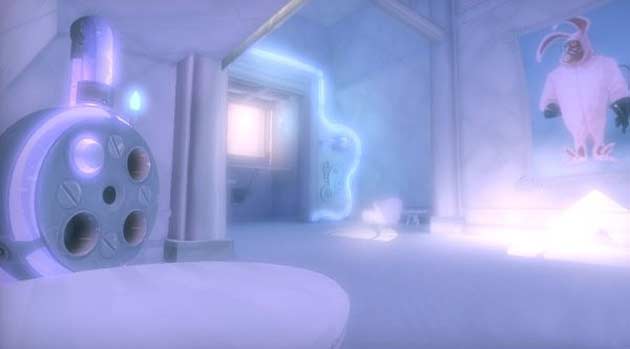 7.5/10
For a smaller budget game, Quantum Conundrum has a relatively long story. There are a lot of puzzles to solve and a lot of fun jokes thrown at you while you do it. The production values are not as high as a game like Portal, but it doesn't hurt the game at all. The silly humor, bright visuals and lengthy story make the game great value for money and it will keep you going for a while.
Pros
Cons