If you have played the first Life Is Strange game, you might be interested in picking this game up. The first game had a peculiar story about a girl with the ability to rewind time. You might expect the prequel to this game to be in the same ballpark. Unfortunately, the game does not have much of what made the previous game so unusual. In fact, it doesn’t have anything unusual at all, it is about as bland as a story can get.

Life is Strange: Before the Storm takes place before the events of the first game. You play as Chloe, the rebel friend of Max. She is particularly aggressive and grumpy for no apparent reason other than her just being a teenager. The story simply tells the story of her boring life before Max came back into the scene.

In what seems like an attempt to make this game more interesting, Chloe is a lesbian. She has a crush on a girl but is unsure whether the girl she likes is into her. Maybe this would be a hot topic 20 years ago, but being gay is so normal now that this is just not interesting. In a nutshell, this game is about an annoying teenager falling in love.

Chloe reminds me a lot of Harry Enfield’s character Kevin from Kevin and Perry. She is bratty and aggressive toward adults for no real reason. She has lots of hormones and is rebelling against anyone in authority. The difference is that Chloe isn’t a comical caricature, she just gets annoying. 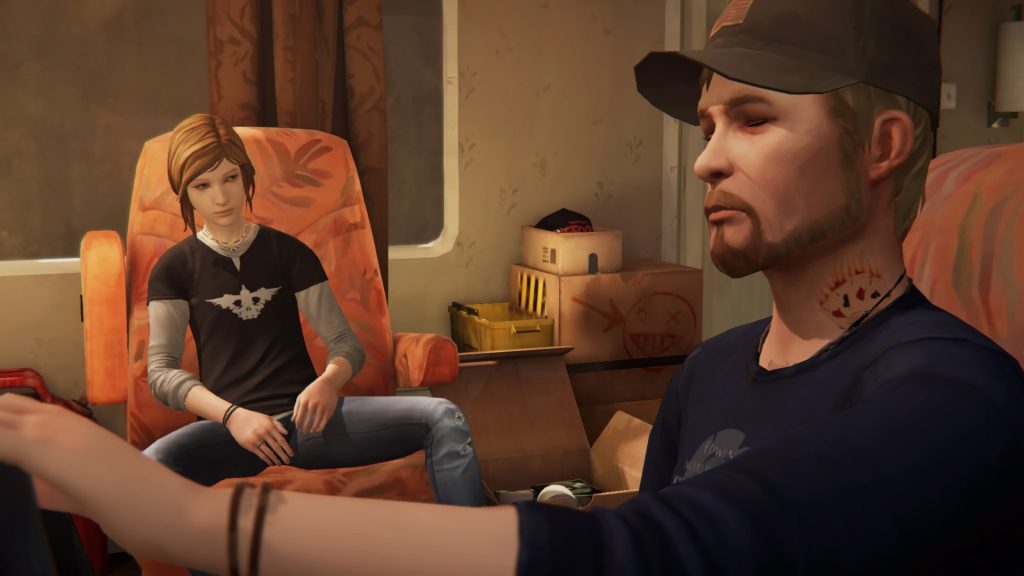 You will find yourself getting frustrated over and over with Chloe’s behavior. Why does she have to be so moody all the time? Why is she such a dick to her parents who seem quite nice? Most of the events are just you watching a teenage girl make stupid decisions and not being able to do anything.

While you play as Chloe, the majority of the story revolves around a girl called Rachel Amber. She is a far less annoying character. Straight A student, good looking, popular and talented. Her father is an important political figure in the region and her family are well regarded. This makes her partnership with Chloe quite unusual.

The more time you spend with Rachel, you discover that her perfect life is not so perfect. Her father isn’t the honest man he prides himself to be. You spend the rest of the game trying to get to the bottom of this mystery.

The mystery itself is quite satisfying and fits with a similar style of storytelling from the first game. The main issue is the amount of filler content. There is about 2 hours worth of interesting story and 4 hours of boring teenager crap. 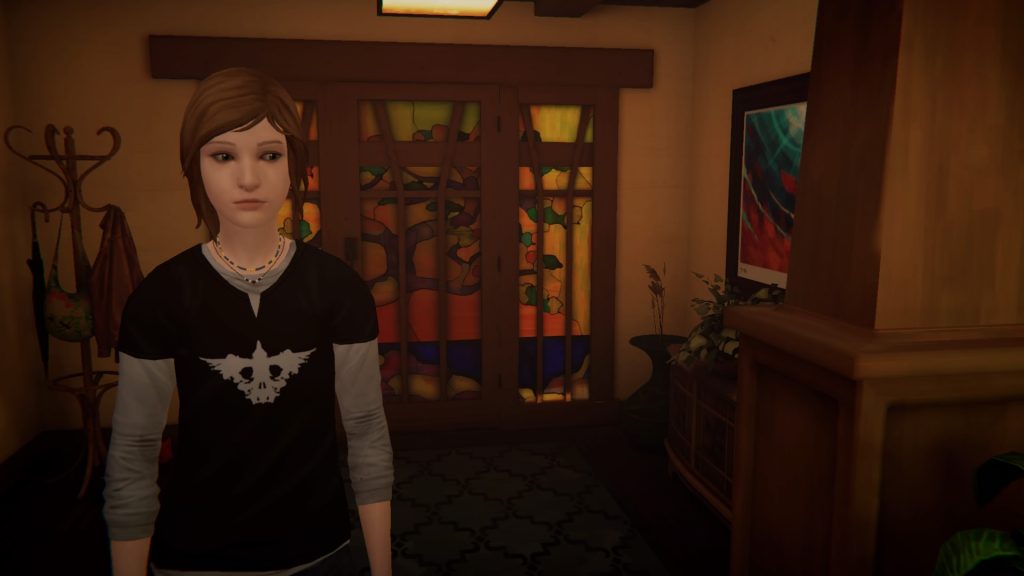 Basic and unnecessary puzzles slow down progression. You feel no reward for solving them as they are usually quite simple, just slow to solve. This makes most of them feel like roadblocks to stop you from completing the game too quickly.

The game is presented in the same style as the previous game and similar to games like Walking Dead from Telltale Games. You have limited control over your character in an area. You can interact with some items in the environment and speak with people.

Dialogue options play a critical role in the game as you can influence the outcome of a series of events by selecting the right dialog options. There is some flexibility here, but the choices never seem to matter much. You can’t stop Chloe from treating her stepdad like shit or ignoring her mother. This is very annoying when the person you are in control of is an irrational teenager.

Being a teenager can be tough and there are plenty of good stories that are based on people in their teenage years. Before the Story decided to target a teenager who is a bit a train wreck and only has herself to blame for it. Any good in there is always destroyed by having to sit through the problems of a teenage girl.

5/10
The first Lift is Strange game set the bar quite high. Before the Storm just did not have enough to live up to the first. The story was lacking any interesting plot elements to reel you in. The gameplay lacked...pretty much anything. The puzzles were slow and boring. Chloe's behavior was so frustrating at times. For the most part it felt like all of this stuff was there to serve as a distraction from a story that is mediocre at best.
Pros
Cons