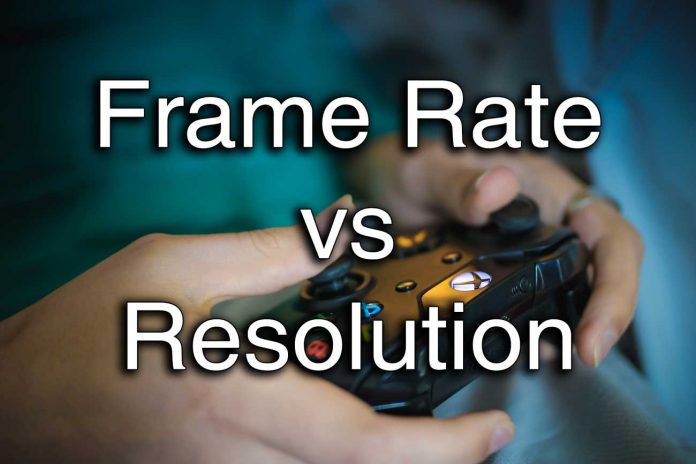 Resolution vs frame rate is a touchy debate that can go one way or the other depending on the game that is being referenced. When faced with deciding one over the other, it can be difficult to decide as having both is far more ideal. So which of these is most important to prioritize?

Games that have more frames per second will play much smoother than those with lower. This can be critical for games that require precise movements and controller input. Higher resolution will make the game look more clear and sharp. Smaller items in the distance will be much easier to see as there will be more pixels to display that item.

There is no clear cut answer to this as there are two factors that will influence it. The first is the personal preference of the person playing the game. If you can’t see a big difference between 30fps and 60fps but can see a massive difference between 720p and 1080p, you may as well go and select the resolution as the priority.

The second factor is the game itself. Not all games benefit from running at 60fps and not all games benefit from a high resolution. Games that use 8-bit visuals for example tend to look just as good at 720p as they do at 1080p. The minimalist style of 8-bit visuals make resolution less important because there is not enough detail on screen that requires a higher resolution. Sure 1080p will make the game look that little bit better, but it’s not going to make a major difference unless you are sitting directly in front of a 60inch TV.