ABOUT WOLFENSTEIN II: THE NEW COLOSSUS 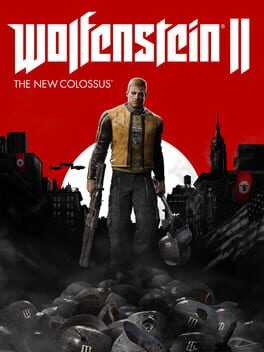 Wolfenstein II: The New Colossus is the highly anticipated sequel to the critically acclaimed, Wolfenstein: The New Order developed by the award-winning studio MachineGames. An exhilarating adventure brought to life by the industry-leading id Tech 6, Wolfenstein II sends players to Nazi-controlled America on a mission to recruit the boldest resistance leaders left. Fight the Nazis in iconic American locations, equip an arsenal of badass guns, and unleash new abilities…
Game Guides - Questions & Answers

What is the Vault Unlock in the main menu?

There is an option in the main menu of Wolfenstein: The new Colossus for a “Vault Unlock” that’s has a countdown timer. What is it for and anyone know what happens when it hits 0?

I have dealt with that machine to enter the code and killed all the men. I’m stuck in the open area now. There is a big hole in the middle and I was able to go back the way I came through the vent, but I don’t see anywhere to go. There is a point […]

Wolfenstein II: The New Colossus
How do you get to Fergus arm at the hangar?

I’ve spoken to all the people along the way and I am now at the hangar trying to find Fergus’ arm that he lost while drunk. I see a tunnel under the stairs but a crate is blocking the way through. I can’t move it or use the ram shackle charge. I’m guessing if I […]

Wolfenstein II: The New Colossus
How do you write down the lines for the movie script?

I have made it to the place on Venus where I and auditioning for the role Of William Joseph Blazkowitz. I have the clip board in front of me and they need me to remember the lines on the board. I have memoriesed them, but how do I trigger this in the game? It is […]

Wolfenstein II: The New Colossus
Where is the Enigma machine?

I havn't been able to find the location of the Enigma machine on the Uboat. Where is it located?

Wolfenstein II: The New Colossus
Can the alarm be stopped without killing the Nazi Commander?

I suck at stealth, but I do enjoy trying to beat levels without raising the alarm. In the event that I do set off the alarm is there any way to lower it without taking out the Nazi Commander? It seems to be very sensitive and even if I run far away from any soldiers […]

Wolfenstein II: The New Colossus
What is the best upgrade to give BJ?

To keep things spoiler free I have gotten to the point where I need to choose one of 3 armor upgrades to use in the game. There is a chest piece to let me squeeze ino tight spaces, shoulder pads for charging into things and boots that let me double jump. I like the sound […]

Wolfenstein II: The New Colossus
How Do You Get More Ammo For The Lasergwehr

How do you refill your ammo for the Lasergwehr weapon in Wolfenstein?

Wolfenstein II: The New Colossus
What happens if you die in Mein Leben mode?

If you die is there anything you can do to continue on or is it just game over and that’s it? I have seen permadeath implemented in different ways before so its not always the same. If you die in The New Colossus, is it a complete reset with a game over or are there […]