Name of song from opening cinematic?
[Outriders] - What is the name of the song that is played during the first cinematic video in Outriders? View Answer

Name of song from opening cinematic?

question LeonDB40- February 25, 2021
What is the name of the song that is played during the first cinematic video in Outriders? 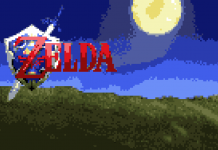 Ocarina Of Time OST Remastered On The NES

Post - Article Dan Hastings- March 16, 2018
I recently came across a really cool NES VST plugin that was able to replicate the sounds from the original Nintendo Entertainment System incredibly well. After playing around with it a bit I was able to get a few songs... 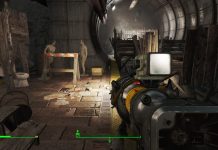 Post - Article Dan Hastings- August 31, 2016
After spending some time playing any of the games in the Fallout series, you will quickly find that you are hearing the same songs over and over again. Fallout 4 only has around 40 songs. This seems like a lot,...

Post - Gaming Videos Dan Hastings- August 9, 2015
The violin might not seem like the most bad ass instrument, but this musician shows that it can be a pretty damn cool instrument to play if you know what you are doing. Check this guy out playing the theme...

Post - Article Dan Hastings- August 3, 2015
Ever played a game that had such a badass theme song that you didn't want to press the start button to go to the main menu? Ever decided to have a break from killing people becasue the sound effects were... 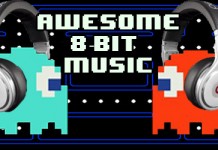 Post - Article Dan Hastings- August 3, 2015
What is it about 8 bit music that is so great? How many hours have you spent playing a game on the NES where the song was just the same 60second track playing over and over for the entire level..yet...