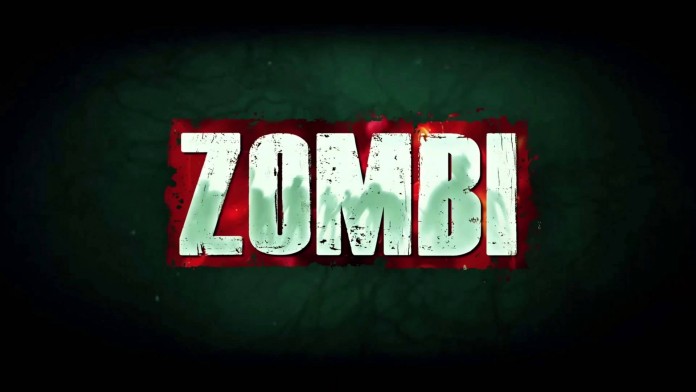 Zombi is a HD port of the Wii U game Zombie U. As a big Zombie fan and also a big fan of 28 Days later, I had planned to buy this game when I eventually bought a Wii U. When I saw it had been released on the Ps4 I was pretty excited. So what is the game like? Well it’s actually quite good.

The game starts off quite strong and I ended up spending quite a large chunk of time playing it non stop. Visually the game is outdated, with some very ugly textures, but I don’t feel this hurt the experience in any way. After playing Everybodys Gone To The Rapture, it was a bit of a shock to play this game. Fortunately the grimy streets didn’t really show off muddy textures since the overall look of the game is dilapidated and destroyed. The zombies are your typical old fashioned slow, dumb, and dead zombies. While it might not be the best looking game in the world, it looks perfectly fine for what it is.

The story is set in London, where you are picked up/ rescued by a guy called “The Prepper”. This guy remains your companion throughout the game via voice chat and helps you out with everything you need to progress. There aren’t too many twists and turns with the plot. It pretty much follows the zombie story that we have seen 100 times before.. they need to find the CURE! As a zombie fan I really enjoyed playing the game. The story wasn’t anything special, but after seeing a lot of movies it was nice to be able to play out this story in a video game.

One thing that let me down was the setting. I like London and was expecting this to be like 28 days later, but it really didn’t feel like London at all. Yeah, there was a visit to Tower Bridge, but even that didn’t really feel like London. There wasn’t too much of the level design that focussed on the fact that this was set in London. Considering this was one of the appealing things about the game for me, I was a little let down by it.

The gameplay revolved around staying alive. You gather ammo and food from the environment to aid your survival. Ammo is quite limited, especially on the higher difficulties. Due to the limitation, I spent most of the time relying on the melee weapons. This wasn’t really a problem as the zombies were slow and taking them out doesn’t really require long range weapons. In saying this, there are a good few guns to get your zombie killin’ hands on. The crossbow is by far the best weapon as it’s silent, long range and you can get your bolts back from the dead zombies. There are plenty of other guns ranging from shotguns to assault rifles to satisfy your needs if you only want to play with guns blazing.

Zombi comes with an interesting death mechanic. On the easy difficulties, when you die, you go back to your last game save, but instead of resetting the game, you start off as a brand new character and your old character remains dead. You can then make your way back to the location where you died and your old self will now be a super strong zombie that you must kill to get your supplies back. I thought this was really cool, but it quickly gets annoying if you have put effort into raising gun skills for a particular character and you die, loosing everything. It gets even worse on the hardest difficulty, once you die its game over, forever! You must play the entire game without dying once otherwise you are back to the start. As soon as your character dies on any difficulty the game instantly saves preventing you from closing the game and starting it back up again. In general this was a cool mechanic to have in a zombie game.

The level design is good, but the game could have benefited so much more if it were an open world game. You can revisit any area of the game whenever you like, but they are separated by load screens and tunnels. Its sort of like sudo open world, you kinda feel like its open world, but you don’t have the full freedom of an open world game. This was a big shame, because everything was there to make this open world. Of course there are technical limitations, but the game has good zombies, game mechanics, weapons and survival mechanics. If this were made into a game that was a bigger scale it would have been a lot more fun. Not to say the game is bad the way it is, it just could have been better if it wasnt so linear.

8/10
Zombi is an all round good zombie game. It doesn’t stand out above the rest as being a “must play” game, but if you are a zombie fan, you should most definitely check this game out. It wont be the best zombie game you ever played, but it’s fun. Good zombies, good survival, not a bad story and best of all it’s cheap!
Pros
Cons