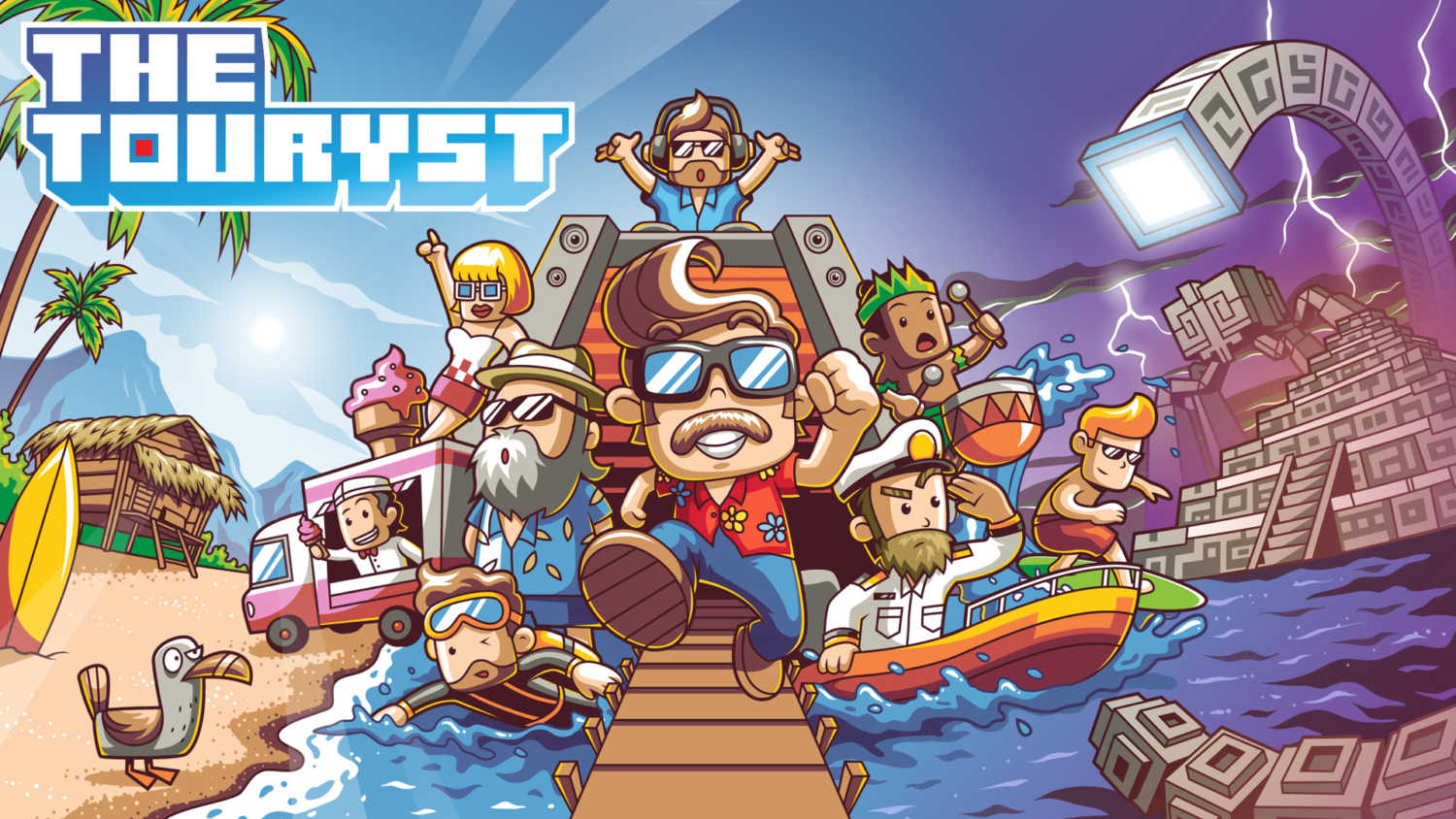 Although there are many games out there that have adopted the blocky, untextured style of visuals that we have seen in games like Jazzpunk and Roblox, the art style is still one that catches the eye, especially when it is done right. The Touryst is a rather attractive looking game but does it have the substance to make it an enjoyable game to play?

The Touryst is an adventure puzzle that will take you across several distinct islands that offer some different challenges and fun things to do. The quests are sometimes as simple as, “find me some fruit” that is scattered around the beach and can sometimes be a little more complex that requires you to go to other islands to find items of clothing or take photos of something to work toward a chain of objectives. 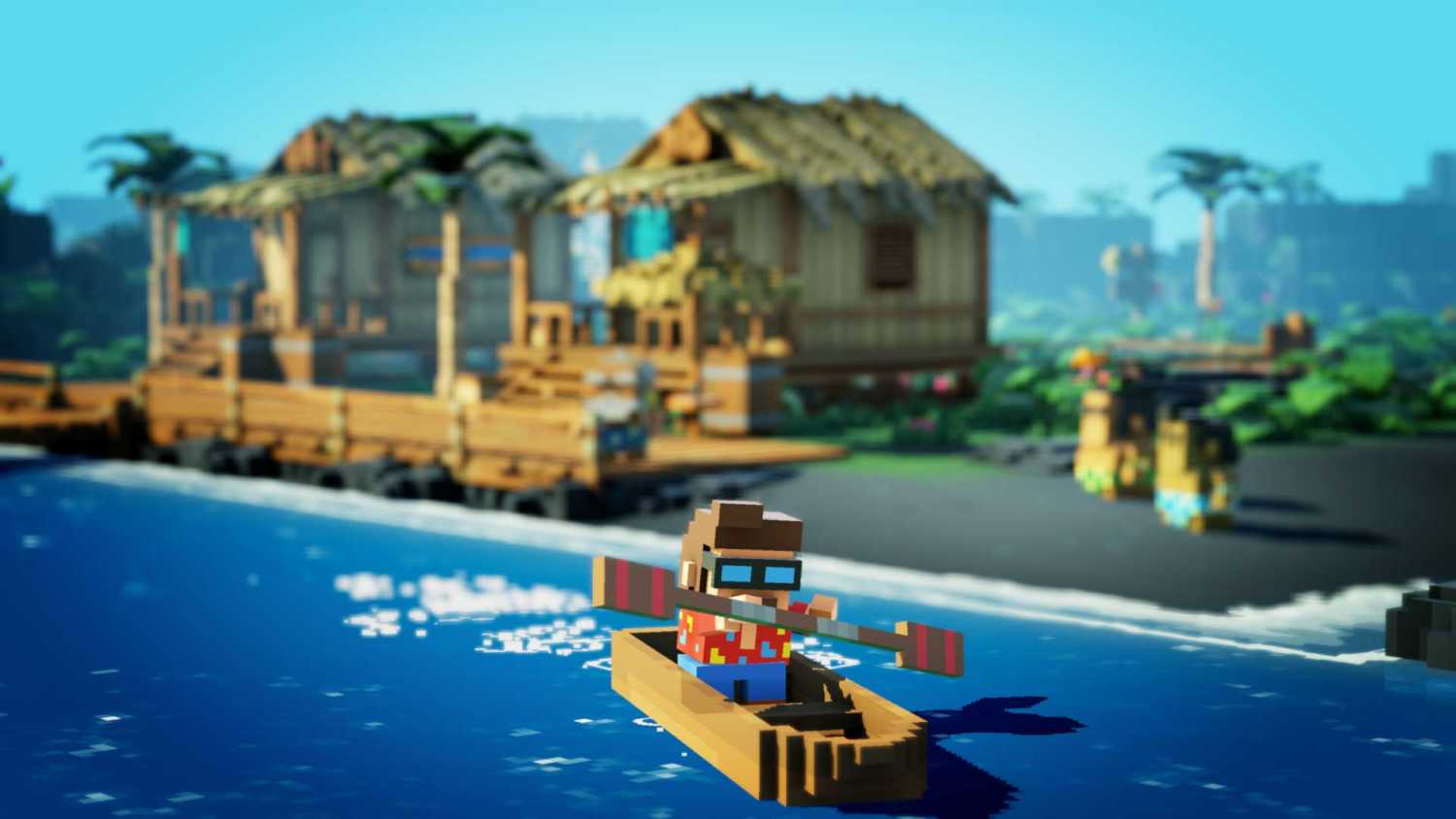 Don’t be expecting any revolutionary storytelling and quest design. The quests are all incredibly basic when compared to the average adventure game. Simple objectives like this are fun but it would have greatly enhanced the experience if the quests had several stages that required you to use your head a little more.

Each of the islands you visit has a unique theme that is based on real-world locations, just named a little different. We have locations like Hawaii, Fiji, Ibiza and some other attractive destinations to visit. The diverse theme between each makes the visits interesting but the size of the islands are incredibly small. This is part of the reason why the complexity of the quests are so basic. It doesn’t take away from the experience too much but it takes a minute or so to explore an entire island. It doesn’t take long to run out of stuff to do before needing to move on.

Each island will have a mix of puzzles related to quests and some related to the main dungeons. There is an enjoyable level of difficulty for these. Some of them will leave you stumped for a while and others will come to you quicker. Nothing ever passes to the point of frustration.

It is not very often a game can be compared to Mario but the controls are incredibly impressive for a game of this level. The controller response is snappy and quick. Jumping, running and other standard movement methods are really clean and simple. Running around the islands is greatly enhanced with how easy it is to control your character. It is something Nintendo always get right with Mario games and it is also something this game does incredibly well.

The Touryst is a fairly short game that has some shortfalls but when the full package is wrapped up with the colourful and happy themes on each island and the general positive vibe the visual style gives off, it is very easy to look past the flaws of the game and just have fun. The game can be beaten in a few hours. Nothing really stands out as being incredibly good, but the full package is a great little game that is sure to leave a positive imprint on your day.

7.5/10
The Touryst is a short adventure but is one that will really brighten up your day. The quests might be simple and the levels are a little small but they are still filled with things to do. The sunny theme on each of the islands brings light to a rainy day. The puzzles are challenging at times but never become frustrating which gives a nice sense of reward to the dungeons when you figure things out. This game isn't going to raise the bar for game mechanics but it does everything well enough to provide a fun experience that is sure to lift your spirits.
Pros
Cons