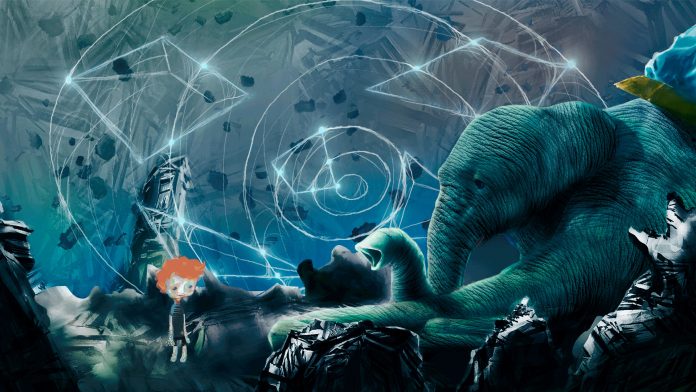 Nubla was a fairly interesting game from an artistic perspective. The story was kind of strange, it was clear that this was an artistic piece more than anything.  Having completed the game, I didn’t think much more of a second game until I noticed something. A suggestion that there is a Nubla Part Two.

I completed Nubla and World of Nubla, both for the trophies of course, I noticed something weird about the final trophy of the game.”The End – Congratulations! You have completed Nubla Part One.”.

Why would they phrase it as “Nubla Part One” if there was no intention on creating a second game?! Well it turns out that there is actually a difference between Nubla and World of Nubla. There is a demo for Nubla Part Two included as part of World of Nubla. I can’t find any evidence of it online, but apparently it is there!

To be fully honest here, I am only curious about a part two for the easy trophies. Yes, yes, I am a joke! However, having thought about the game a little more, a part two has me curious for other reasons.

The ending credits for the game were long as hell! I just wanted that damn platinum and the unskippable credits felt like they took about 29 minutes of the 30 minutes it took to complete the game. There were some messages in there from the dev team. Thanking people and talking about the game in general. There seemed to be a lot of passion behind it.

I can definitely appreciate the artistic effort that went into this game. I do not have the same level of admiration for the narrative. I don’t necessarily see this as a bad thing, this wasn’t a story driven game. However, when the idea of a “Part Two” comes into question, it has me wondering, what is left to tell that the first game didn’t?

To me, a part two suggests the continuation of an incomplete story. A Nubla 2 would signal a completely new game.

It has been almost two years now since the game released. Will be interesting to see if we ever get another entry to the series.