Will The PS4 Pro Make All Games Look Better?

Question SteveSickle89- August 13, 2018
Does the PS4 pro make all games look better even if there hasn't been an update for the game to support it?

Will The HDR Update For PS4 Make Graphics Better? 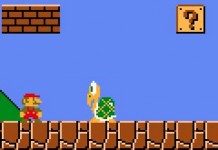 Post Dan Hastings- August 21, 2015
A lot of us will never put much thought into how computer graphics work. When you consider todays computers, they are so powerful and produce such realistic looking games. Trying to wrap your head around how these work is going...

Post Dan Hastings- August 8, 2015
The big downgrade in visual quality when comparing the retail release of Watch Dogs versus the video we saw at E3 2012. The developers tried to explain that it was because we saw PC footage back at E3 and since...

Post Dan Hastings- August 6, 2015
Every now and then a development team will come along and make a game that breaks away from the shiny Unreal Engine graphics and makes something that looks unique. Sometimes a new artistic direction can go horribly wrong for a...