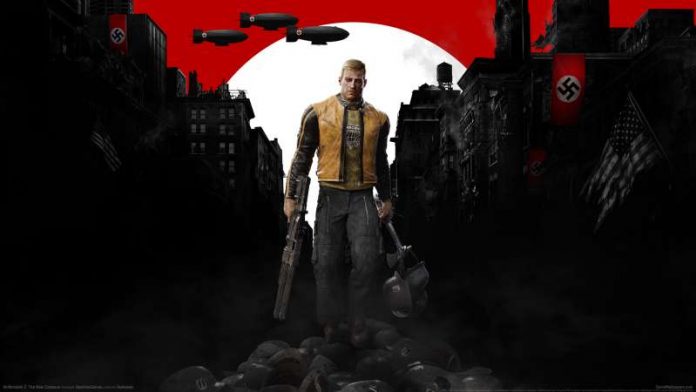 Wolfenstein is one of the longest-running, if not the longest running first-person shooter franchise in existence. That alone makes the fact that we have a new Wolfenstein game quite impressive. Wolfenstein II: The New Colossus is the 11th entry in the Wolfenstein series and is a strong contender for having the best single player experience of any game in the series. Since the reboot of the franchise in 2014, Machine Games have shown that they capable of building a Wolfenstein game that can go beyond fan expectations. Their third attempt with The New Colossus successfully delivers everything you would expect and wraps it all with such a huge level of polish that you will be in awe for the duration of the 10 or so hour campaign.

BJ is back and the story picks up where it left off at the end of The New Order. BJ is badly injured and is restricted to a wheelchair. Frau Engel is now the lead villain who is out to capture you…well the entire Nazi army is out to get you, but things are a little more personal with Engel. The entire story is based on one philosophy. Kill Engel before she kills you! The journey you take from start to finish is absolutely insane! We all know that this is an alternative sci-fi history, but this game blew me away with the insane things that the Nazis were getting up to. The illusive Nazi Bell was discovered and even Adolf Hitler made an appearance. He was not quite as ludicrous and robotic as he was in Wolfenstein 3D unfortunately. This story is pure madness and completely unrealistic, but I loved every single minute of it. When you have a man who can dual wield shotguns and assault rifles, you have to accept that the game is not Call of Duty, leave all common sense at the door.

The New Colossus is set in an alternate past. Not only did the Nazis win WW2, but they have also found the means to develop technology well beyond their time. In fact, the tech in this game is beyond what we even have today. Most of the crazy machines from the previous game are present, my favorite being the fire-breathing robot dog. There are not many weapons, but they fit most common categories. Pistol, SMG, assault rifle, shotgun, grenade launcher etc. The cool thing about the guns is that you can dual wield them all in any combination you like. The laser weapons are where all the cool stuff goes down. The Laserkraftwerk is an assault rifle that will disintegrate an enemy when you shoot them. The ammo is of course quite rare for this, but there is a great satisfaction watching the Nazi soldiers turn into dust when you shoot them. The tech here is almost like a sci-fi steampunk. It is hyper-advanced tech, but it is built using materials from the era. It is of course highly unrealistic, but that is the charm of this game. The tech is seriously cool that you will often find yourself stopping to take a closer look at some machine to try and see how it works or make some sense of what it is. 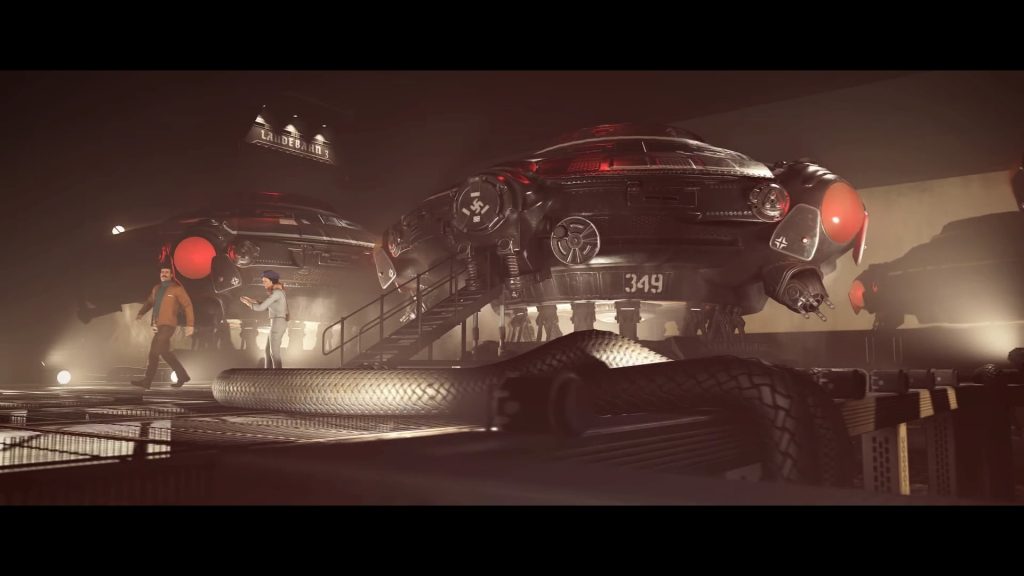 The story was a little slow to get started. I was expecting to get fired straight into the action, but instead, you will find you are driving around in a wheelchair trying to kill Nazis as best you can. It is comical to a degree, but it set the pace very slowly as it is understandably difficult to be pushing yourself around in a wheelchair and shooting a gun. Thankfully things pick up and by the end of the game, you will be out of breath. The gameplay is the same as the past 2 games. BJ is an absolute beefcake and can dual-wield any combination of weapons. Shotgun in one hand and an assault rifle in the other, sure why not! The controls are solid and the gunfights will be action-packed. One thing that was a bit of a letdown is the difficulty. For starters, I have often been killed without even realizing I was taking any damage. Normally in games, there is some sort of red indicator on the screen to show you are being hit and where the bullets are coming from. This is still here, but hard to see. It is very frustrating to be in a fight and be kicking ass only to find there was some dumbass behind you that has been pumping bullets into you without you knowing. Even without the damage indicator issues, the game is hard as hell! Like the previous games were hard, but I was able to beat The New Order on Uber difficulty. It was tough, but nothing over the top. The difficulty here is just through the roof! Enemies are so smart and very efficient at dodging you. I found this game to be one of the hardest FPS games I have played in a very long time. Hell, there is a trophy/achievement for beating the entire 10-hour game on the hardest difficulty without being able to save and if you die it is game over. Anyone who can do this deserves a medal…and likely a new controller.

In my review of Destiny 2, I spoke about the unexpectedly high level of polish that the game had. Coming from this game over to Wolfenstein, I had expected things to be a little rougher and ready, but I was pleasantly surprised. I did not encounter a single bug, glitch, idiot NPC or any weird clipping issues as I blasted my way through the campaign. This game has clearly gone through an extensive QA program and was built to a very high standard. It plays and performs perfectly and it also looks really nice. It looks like mocap was used for most of the story related scenes as the characters move realistically. The texture details and environmental detail is all quite high and the lighting effects look great. I wouldn’t say it’s the best looking game ever, but you will find very little to complain about. It looks great and plays great, what more could you ask for? 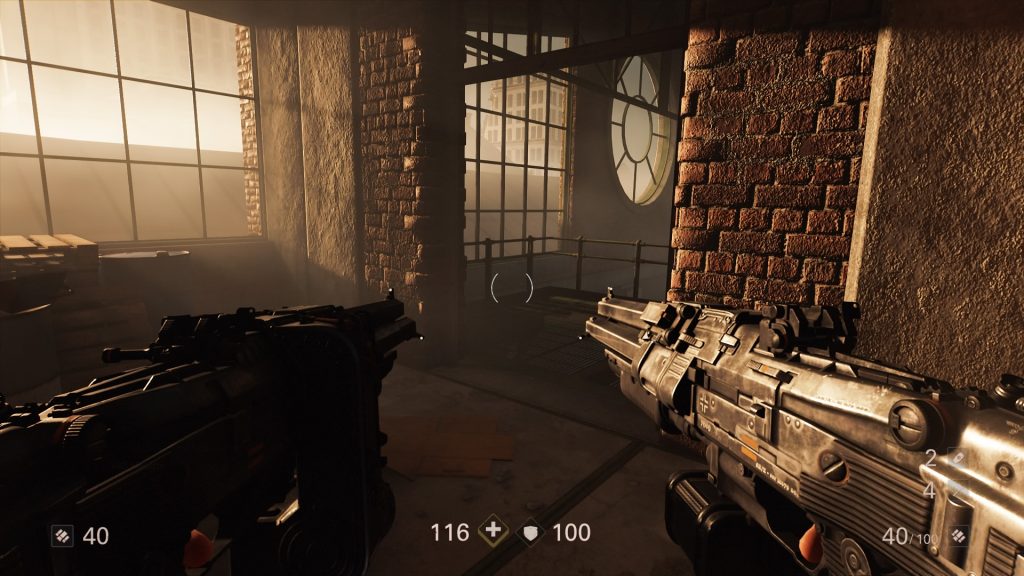 Stealth plays a big part in The New Colossus, but I could not make any use of it at all. I tried my best on every occasion to make it through an area without raising the alarm or at least to kill the commander without him spotting me and I failed every single time. A lot of the time I can accept that a soldier just saw me, but you have nothing at your disposal to help with stealth. No way to track enemies or a way to see if there is an enemy in an area without exposing yourself to see. Even when you peek around a corner, someone can spot you and the alarm is raised immediately. Until you purchase an upgrade, you don’t even have a silenced weapon. It seems unfair that Nazis have the tech that lets them build robotic dogs that breath fire or make super soldiers with laser weapons, yet we can’t have some mobile gadgets to help spot enemies in an area without needing to reload a checkpoint several times to figure out where all the soldiers are located. The Nazi soldier’s armor is often similar to the machines and the tech in the area which makes them difficult to spot, even when they are not particularly well hidden.

The most impressive thing about this game for me was the voice acting. The quality of the voice work was one thing, but me it was all about how the Nazi were voiced. The traditional method of voicing Nazis in video games is to get some voice actors (likely not German) to voice Nazi with the typical exaggerated German accent. The Nazis in The New Colossus speak in German and it is subtitled in English. This may annoy some, but for me this was awesome. It added a whole new layer to immerse you and completely bypassed the whole cheesy aspect we usually get when native English speakers try to imitate a German accent. Frau Engel makes appearances very early on in the game and she is a complete and utter lunatic! I don’t want to insult the language, but German is not exactly a soft and delicate language. The woman behind the voice of Frau Engel did such a good job at expressing aggression with her tone alone that when you hear her speaking in German it becomes so intimidating. The character of Frau Engel stands out so strong that you will forget that Hitler is the head of the Nazi party. She is so cold and evil that she is a genuinely frightening character. 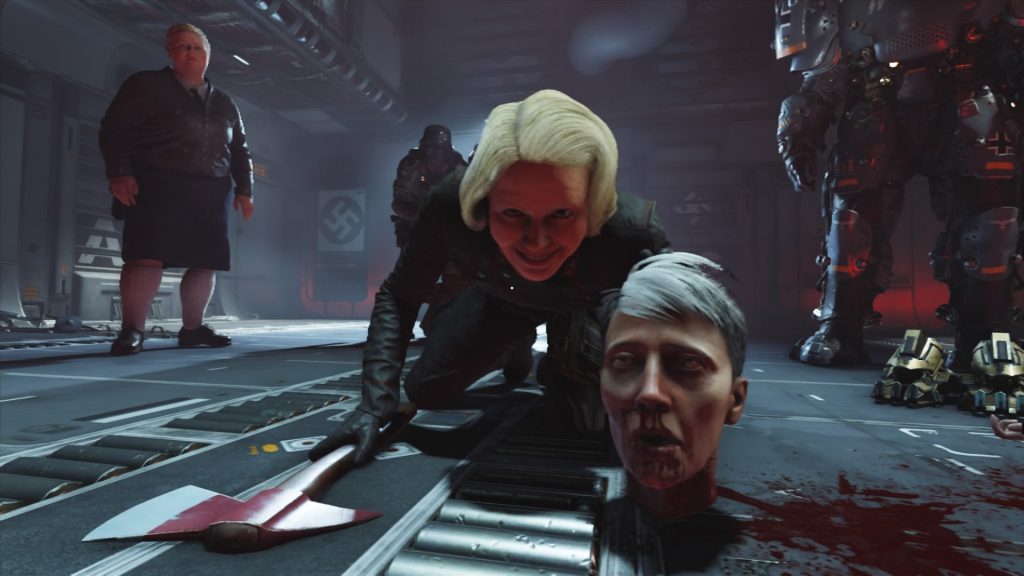 8.5/10
The New Colossus does not contain any multiplayer game mode. I have spoken about how I would like to see it return in the past, but for the moment the single player experience in this game was so well polished that you get your money's worth. At the same time, I was sad to have finished the game as I didn't want it to end. Normally I would replay the game on hard to get any trophies, but since the difficulty in this game was ridiculous, I will not be putting myself through the anger of attempting it. It is a shame the difficulty was so screwed up in this as it was a big issue for me. Yea there are stealth mechanics, but the enemies spot you too easily and to make it worse, the game does a bad job at telling you which enemies are even shooting you when there is a big battle going on.
Pros
Cons