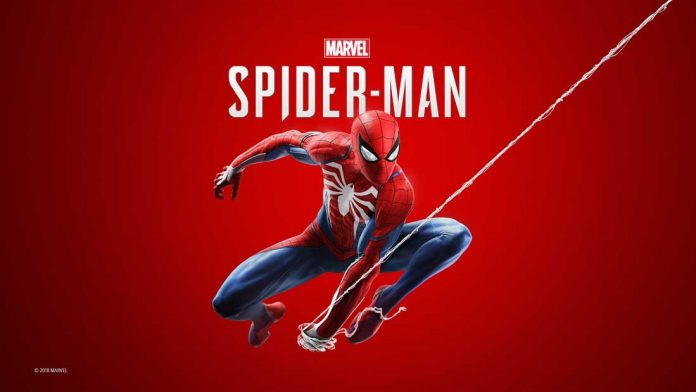 The Spiderman franchise is no stranger to having video game adaptations. Some have been quite popular and others, not so much. Sony teaming up with the award-winning studio Insomniac games has always been a success. How well have Insomniac done creating a Spiderman? Long story short, absolutely fantastic!

Super hero games always have the potential to be something great. The laws of the universe need not apply to a superhero. The science behind Spider Man might not make sense, but who cares?! You came here to kick some ass and use your super powers. Two things that this game throws at you in large doses.

Swinging from a web is a core element that defines Spiderman. Insomniac have done a phenomenal job at creating this. Zipping through the city on your web is a breeze. The controls are tight and accurate. It feels incredible as you swing down toward the streets below, hearing gasps and remarks from the pedestrians as they see you. There is no fall damage, you can run up walls and there is no limit to the amount of web you can use. The fast travel feature is almost pointless as you will rarely ever want to pass on the opportunity to swing through New York.

Once you get over the initial excitement of the web swinging, you can get stuck into the meat of this game. Spiderman features a lengthy campaign with several side missions and additional activities to pack the city full of things for you to unleash your superpowers on.

The story writers should be given credit for their use of the assets in the franchise. You will find yourself going up against a large array of classic Spiderman villains as well as some new ones. For people like myself, there is enough back story given for everything so that it doesn’t saturate you with intricate histories that make it hard for you to get up to speed. The story clearly explains everything so that you can enjoy this game, even if you have not been a long term fan of the Spiderman franchise.

The story itself is well told and is exciting when you are up in the heat of the action. Every now and then you will need to take part in some stealth missions. I felt these hurt the pace of the story quite a bit. Sneaking around and it being “game over” when you get caught is acceptable, but not enjoyable. The lack of gadgets or equipment to use during the stealth missions make the experience highly boring and unexciting when compared the to Batman Arkham series, where there are various mechanics to benefit stealth. I found myself groaning each time a new stealth mission started. Having to go from 11 to 1 on the scale of action is a bummer. Especially when the action is so good.

When you aren’t getting stuck into the main story, there are a huge amounts of activities throughout the city to keep you busy. These range from taking out enemy hideouts, disposing of bombs, chasing down drones & pigeons (I assure you, this is more fun than it sounds) and many other miscellaneous tasks. Each task is broken into a category which will earn you a token. Taking out bases and hideouts will earn you a base token and so on. These token are used to purchase new suits and gear upgrades. This makes these tasks especially rewarding. After a while, you will begin to find these tasks lose their appeal and begin to get a little repetitive.

The final thing you will find around the city are the side missions. These are a bit of a mixed bag, especially when compared to the main story. Some of the missions are fun, others are fairly mundane fetch quests. “Oh, my friend is gone missing, can you find him?”. There are a few gems in here but for the most part, they are not overly exciting. The vast majority feel like they just combine the same things from a few activities with a very bland and uninteresting story over it. Unless you are aiming for the platinum trophy, chances are you will glance past a lot of these.

Spidermans agility and ability to run up walls give him some very unique ways to sneak up on enemies. The game does feature stealth mechanics, but they are very primitive compared to other stealth games out there. There are several missions where the game will force you to sneak and not engage in combat. While these missions might server the narrative, they hurt the fun. Unless you are playing on the hardest difficulty, stealth will be the last thing on your mind. All of your gadgets are better utilized in a guns blazing fashion and that is where this Spiderman games really solidifies itself.

The combat mechanics have been built to the same level that the web swinging mechanics have. Combat is a blast, there are never enough bad guys to take on. Every minute spent in combat is as enjoyable as the next. Combos can be chained together so fluidly that you can take out an entire group of enemies without taking a hit or breaking your combo count.

If you had nothing but your web and martial art skills, the combat would be a hell of a lot of fun. So when you start throwing power ups and gadgets into the mix, the action is blown out of the park. It takes a bit of time to get familiar with it, but once you know how all the gadgets work and have found a powerup that works for you, the combat is explosive during the larger fights. There is no amount of enemies that the game can throw at you that is too much. The larger bases are so much fun simply down to the amount of enemies there are to unleash hell on.

Spiderman is known for having a unique suit. That doesn’t mean you can’t shake it up a bit. This game offers you dozens of suit variations, all of which are unlocked in game and require NO MICROTRANSACTIONS! It’s a game that keeps on giving. All of the suit variations are cosmetic, so there is no reason for you to ever stick to one in particular. Unlocking them usually unlocks a unique skill related to the suit, but they aren’t tied together, you can mix and match them all.

9/10
Spiderman is a very well rounded game that offers a lot. It is one of the very few superhero games out there that accurately portrays the original character and gives you the ability to really become that character. The combat is tight, the web swinging is incredibly exciting and the story is filled with action and excitement. Spiderman is a very well rounded game and has no major flaws that hurt it. While the game is not perfect, it is unlikely you will find yourself hating this game.
Pros
Cons