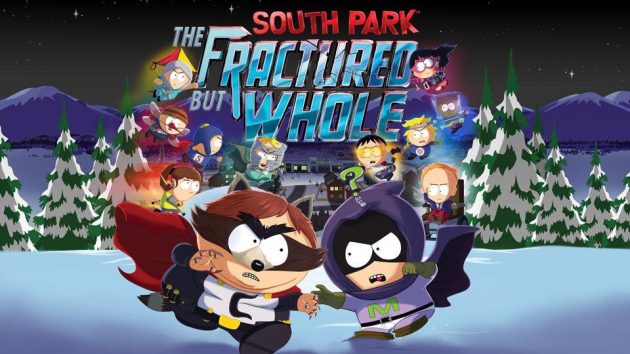 South Park: The Fractured But Whole is the second major South Park game to be released in recent years. Having learned lessons from the first game, The Fractured But Whole comes with a revamped combat system and a fresh new lineup of imaginary characters which will take you on a highly entertaining adventure to solve the underground drug syndicate that has taken over South Park.

The town of South Park has remained relatively unchanged since the first game (The Stick of Truth). The same map has been used for this game with some minor changes here and there to keep the game up to date with the events of the TV series. The size of the town was never really an issue in the first game as there were a lot of events that took place outside of it. In The Fractured But Whole, most of the game takes place in the town with very little change to the town we played in during the first game. The town just felt very small this time around. Part of the reason it wasn’t an issue in the previous game is that it was fun to go and visit all the places I remember from the older episodes for the first time. That novelty has worn off and we are left with a small map that offers very little exploration opportunities. The map is still an accurate representation of South Park, but you can explore the entire thing in about 15 mins, with a few areas blocked off until you progress in the story. I was really hoping they would have expanded the town a little more to give us a better sense of adventure. 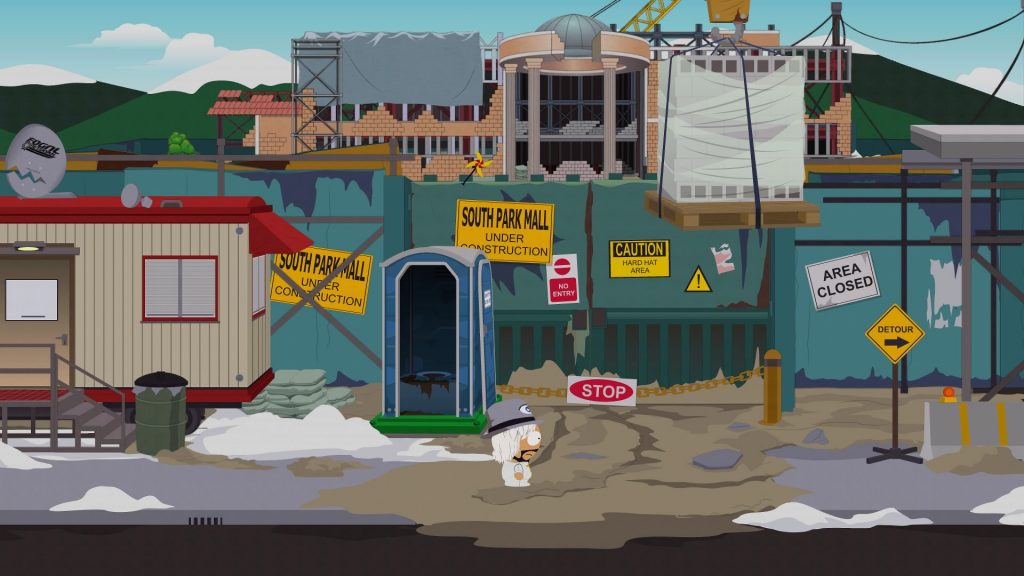 One complaint a lot of people had about the previous game was the combat. It was a clunky system and the difficulty did not scale up very well. Thankfully, the combat system has been completely revamped. While it is still a turn-based system your characters are now placed on a grid. You can move characters around this grid in order to line up your attack or potential avoid an enemy attack by anticipating their next move. Your attacks are also based around this grid. Some attacks can hit an enemy 1 tile ahead others can hit anyone in the entire row. Each character has 3 moves to choose from and you get to pick 1 each turn. Every character also has an ultimate move. This move required a combat veteran to be filled up and 1 use of an ultimate will deplete the meter. This adds an extra level of strategy to tougher boss fights. The ultimate move can make or break a fight if you are close to death. 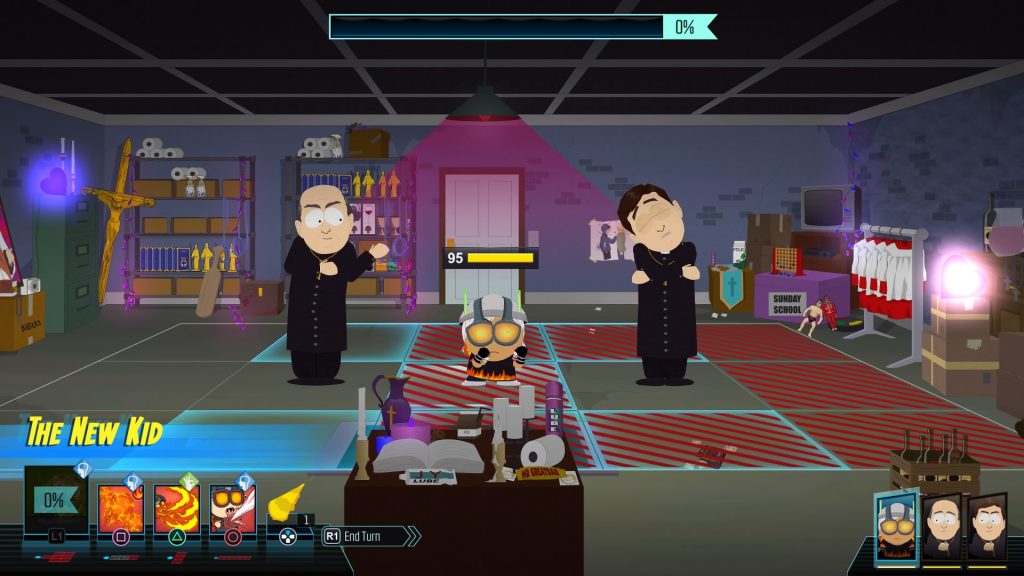 Outside of the combat, there is quite a bit of puzzle solving to so. At first, you might get caught by a few puzzles, but after a while, you learn the pattern and will get very little challenge from them going forward. It would have been nice if there was a little more challenge to these other than dragging a hidden ladder to a hidden shelf. Some puzzles will be locked out due to you now having the correct ability yet. It is cool that it gives you something to remember later on when you finally unlock the ability to access the puzzle.

There is a nice old school feel about this game. The character customisation, combat and game mechanics, in general, are quite simple yet effective. Puzzles and areas in the game are locked away until you possess an ability it item, very much like what we see in the older Legend Of Zelda games.  The map might be small, but there are jokes and Easter eggs in almost every corner. It makes things quite exciting when you walk into a building it a new area for the first time. You never know what you stumble upon. Quite a lot of effort was put into content outside of the main story. This gives you something to work toward after the main story has been completed.

At its core, The Fractured But Whole is a well-built game with a few, forgivable shortcomings. The story is one thing that does not fall short, in fact, it is quite possibly one of the funniest South Park stories I have seen. I think it goes without saying that I’d you don’t like the show, you won’t like this game.   You have a lot of crude jokes, bad language and a shit load of farts. In fact, the story practically revolves around a character who can blow huge farts. It is classic South Park humour and it is absolutely hilarious. With a meme saturated internet, laughter has turned into blowing air out of your nose. There were a few scenes in particular that I burst out laughing at. The humour is sure to be highly offensive to some..very offensive if you are a Catholic priest. The story lasts about 16 hours which is a hell of a long episode in TV show standards. Once you are done there are more than enough side quests from all of the South Park characters we have gotten to know over the years to extend the amount of time you can put into this game….and maybe one or 2 new faces. 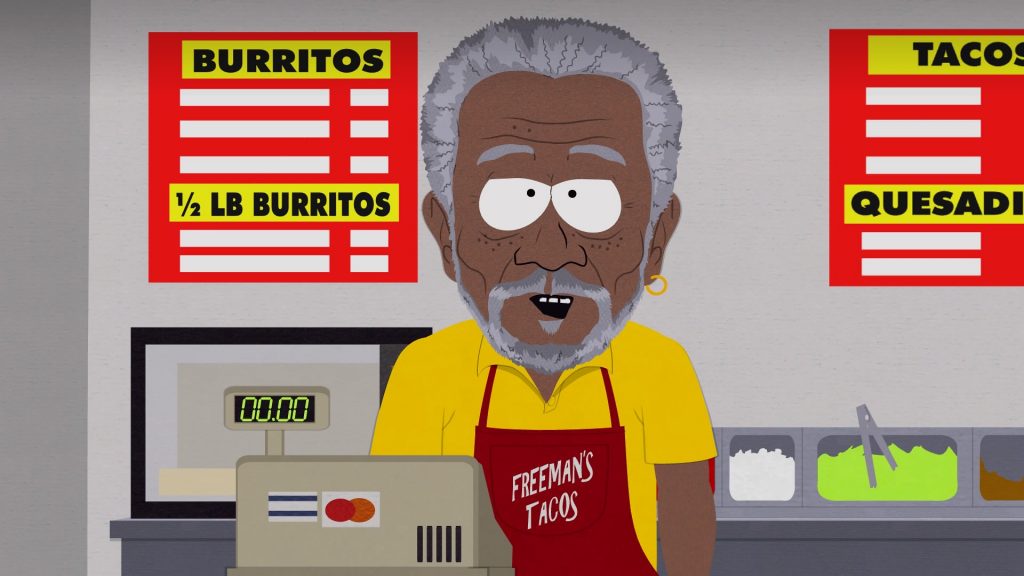 For those who played the first game, it is difficult to decide which game was better. Bar the changes the combat, the games are the exact same. The visuals look exactly like the TV show, it would be near impossible to tell the difference between some pictures from the TV show and the game. There were things about the fantasy setting I liked and things about the superhero setting I liked. Picking a favourite is hard, but if you enjoyed the first game, you will definitely enjoy this one.

8.5/10
South Park: The Fractured But Whole is a brilliant game that fans if the TV show will definitely enjoy. It has everything that makes the TV show so enjoyable. As a game, it could do with being a little more difficult with a larger map, but those minor complaints are outweighed by almost every other aspect of the game. The Fractured But Whole is a prime example of how a TV show can be effectively turned into a video game. There have been many attempts at South Park games over the years and this one is definitely one of the best. If you played the first or are a big fan of the show, you need to pick this game up.
Pros
Cons