Bringing your imagination to life is something that movies and games have been trying to do for years. Part of why i love VR so much is that it can push the boundary forward to the point where imagination can be brought to life and you can actually be a part of it. This might sound like an overly enthusiastic statement to make about a simple low budget VR game, but it has captured something very unique.

Out of ammo is a game where you take control of a small army base and get to control the soldiers there. You create little gun nests and dugouts, assign soldiers to them and you must fight off the waves of incoming soldiers. The concept is nothing new at all, but the implementation is something very unique.

I can remember playing with toy soldiers as a kid. Out in the garden with a little base setup, soldiers perched in precarious locations to get a jump on the enemy. With a little imagination, the garden turned into a battlefield and you became the soldiers you were holding. Out of ammo has really hit on the things I did as a child. Playing through this was almost nostalgic.

I am far beyond the age of playing with toy soldiers. There is little entertainment to be had when I have to manually knock over the dead soldiers when they get shot with invisible bullets. That doesn’t mean the concept of having your soldiers defend a fort is not fun and this is where I found myself sinking some long hours into this game.

The gameplay is very simple. You are looking down on a small army base. Little soldiers are running around below and you can instruct them to do things. Engineers will build dugouts and other defensive structures. Soldiers will man these structures and shoot at incoming enemies and the medics will heal. As the grand overlord of the battlefield with a birds eye view, you also have some extra powers to call in a mortar strike or a strafing run to take out enemies. All of this on its own is fun but there is one extra feature that really makes thing game special for me. The ability to jump into first person. 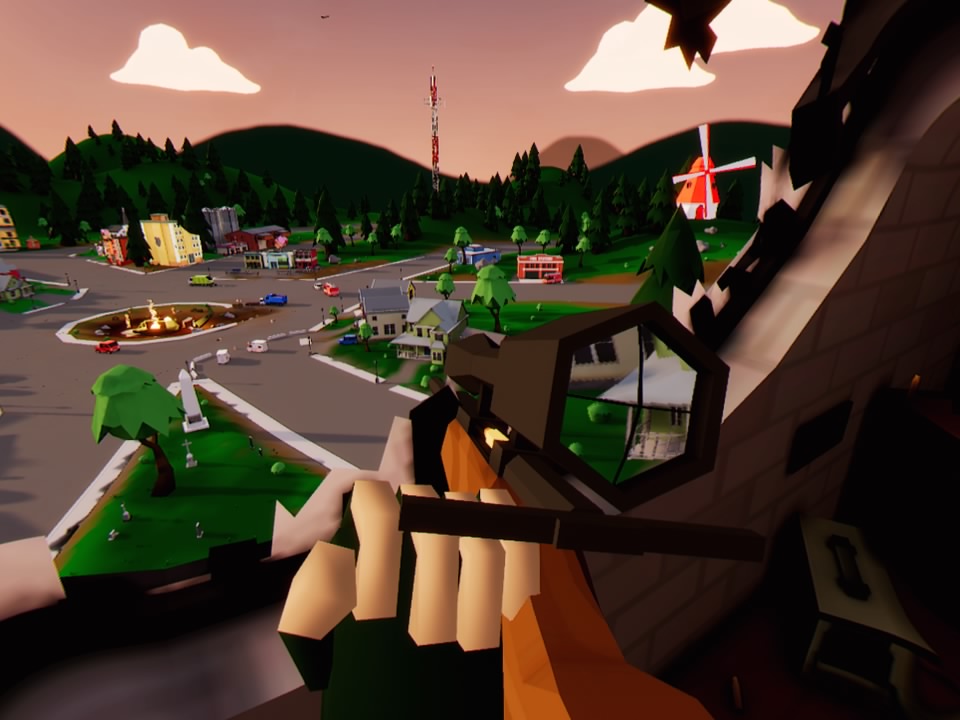 When you were a kid, those little green soldiers weren’t pieces of plastic, they were battle hardened men with a backstory. When you were taking out the enemies, it wasn’t the soldiers killing them, you took on the persona of that soldier and took the enemies out. You can do that in this game too. A quick command allows you to jump into first person mode of a particular soldier. This allows you to jump into the defensive structure and shoot out at the incoming enemies. It is a huge amount of fun, until it comes to reloading.

Reloading mechanics in VR are very hit and miss. Sometimes they work well and other times they require more accuracy and fidelity than the controllers can realistically give. The heavy machine gun in particular is unusable. I usually end up flailing my arms around for a few minutes until the gun glitches out a bit and reloads. It was a real downer on the experience. The sniper rifle was fun to reload and I absolutely see where they were going with having to make a you load a bolt action gun, It just feels like the game requires far too accurate hand movements and doesn’t cut any slack. It often hurts the experience when your soldier dies because you have pulled back the bold 5 times now but it hasn’t registered.

The scale of the battles was also a bit of a let down. This game is very cartoony and doesn’t appear to be visually demanding. Yet, there is a very low limit to the amount of enemies on screen at once. I spent quite a long time in a single level and the amount of enemies in a wave were hitting a grand total of 9. This is a fight more than a battle.

Similar limits exist with your camp. The image below is a fully maxed out base. It really is not as big as I wanted it to be. I understand this is probably a hardware limitation of the PS4, but it was still a let down. We have seen plenty of other games that a massively demanding on system resources, deliver far bigger battles. 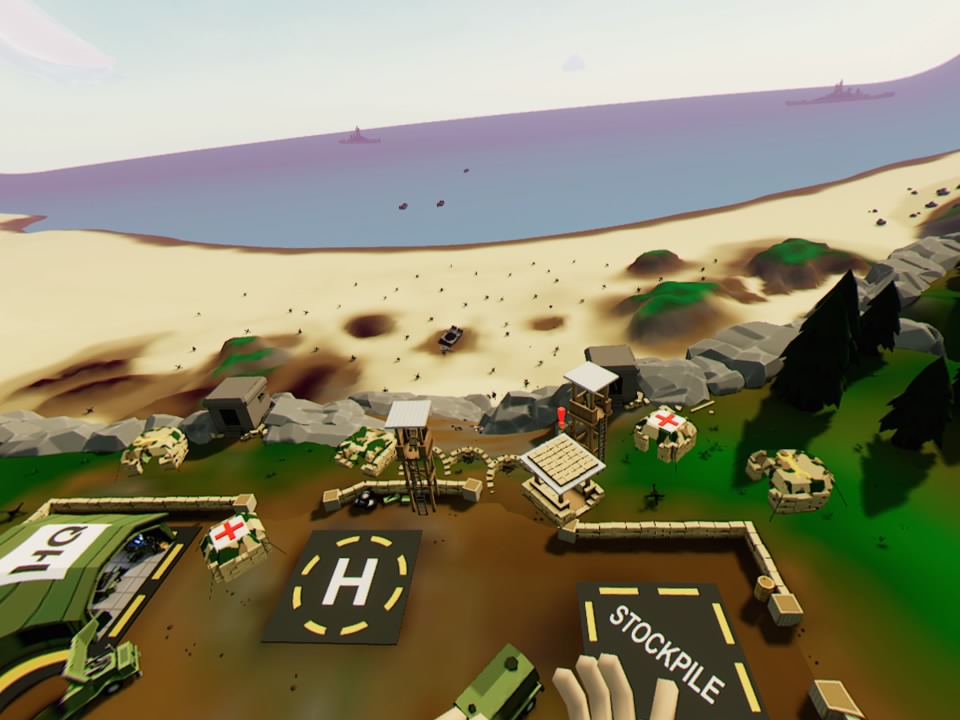 There is a second game mode where you take control of a sniper perched in some high location in a level. You must use your gun to defend allied soldiers that might be pinned down in an area, waiting for evacuation. The game mode is quite a bit of fun, but I didn’t find it all that fun. The concept is fun, but it just doesn’t work. You have a scope that you can look through, but it is quite difficult to find enemies, you need to see them first and then use your scope. There was far too much blur for this to happen. As with other things, I don’t feel the motion controls are accurate enough for you to really look down a scope in the correct way. Since you often need to move, you will find that you end up having your back turned to the camera and it doesn’t pick up your movements properly.

7/10
Out of Ammo is a unique game and has a lot about it that makes it very enjoyable. The biggest problem it has is the scale. It does a great job at bringing the small battles to life, but lacks the ability to have a full on war. There is definitely the opportunity to have a second attempt and release a second game that is far bigger in scale. Until then, this game is fun, but it feels more like a tech demo than a full on game.
Pros
Cons