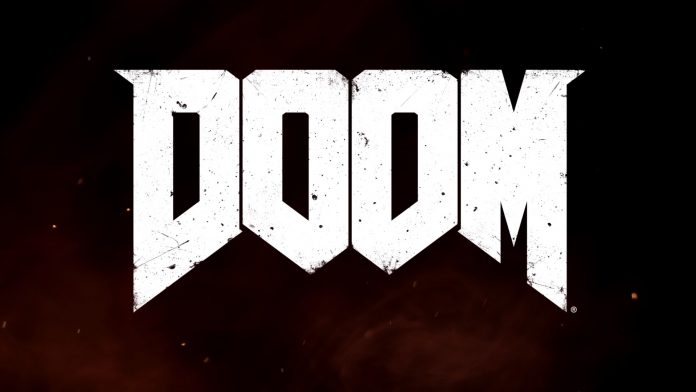 There was a power crisis on Earth and the solution was to open a controlled portal to hell (yes the evil place) and harvest energy from it. It doesn’t take a hell scientist to figure out where this one is going. Something went wrong and they lost control of the portal. The base is now filled with demons and possessed humans. It is now up to you to come in and clean up the mess. For those who are unfamiliar with the franchise, this is where Doom started out back in the early 90s. The latest release has returned its roots and it is epic!

Very little is given to you on the backstory. You appear to be summoned via some ritual, it didn’t make much sense to me, nor does it make any difference. Either way you are on Mars and shit has already hit the fan. You need to make it to the hell portal and shut it down. As you might expect, there isn’t a big red button to stop it all. The process literally takes you to hell and back. The science doesn’t make sense, the story doesn’t make sense and a there are lots of other questionable events. I wouldn’t expect it to be any different.

The story serves as a medium to serve you demons to slay, end of! Doom is not a first person shooter like Call of Duty, Halo or Destiny. Your aim outside of any narrative is the same as it was in the classic Doom game. Clear all demons from the area, find key cards to unlock doors and try not to die! The demons and monsters in this game are based on those from the classic game, except now they look incredible.

The visual quality is top notch. While I did experience some screen tearing from time to time on the PS4 version, there were no other major issues. Texture quality was consistently high and the environments were highly detailed. It felt a bit like Dead Space at times, but with a much better lineup of enemies. The evil dial is turned all the way to 11! 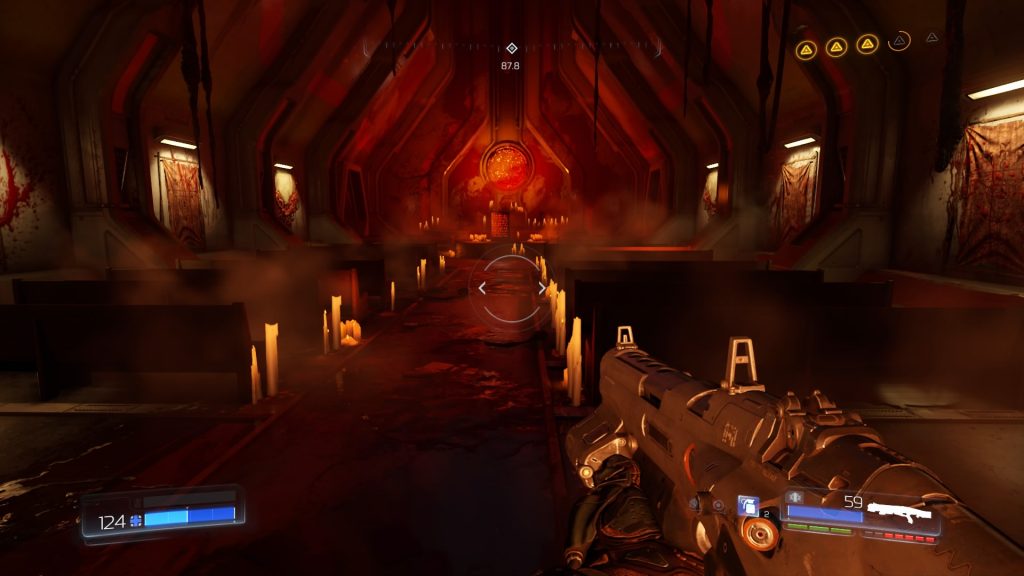 The gameplay is where things shine and it shines bright. The developer couldn’t have done a better job at taking the classic Doom formula and making it work in a modern game. You run unrealistically quick, double jumps are a thing, fall damage is a myth (mostly). Nothing about the game is focused on realism. The focus is on fun and it is successful in delivering this. Playing this game is an absolute blast.

On top of staying true to the original for the gameplay, some new things were added. Glory kills are what stand out here. When you shoot enough bullets into an enemy, they will flash blue. This means they are stunned and open for a glory kill. Sort of like the “Finish Him” event in Mortal Kombat. If you go over and melee the enemy it triggers a glory kill. These are super brutal kills that finish an enemy off and are quite creative. Breaking the horn off a Baron from Hell and beating him over the head with it, or ripping the eye out of a Cacodemon using your bare hands. These kills are the most entertaining part of the combat, no matter how many times you execute them.

The levels in Doom are very old school. Rather than be open world or strictly linear like we see in modern shooters, it goes for a sort of mixture. In a single level, some parts are blocked off via key cards and others need some sort of switch. Some areas have a more classical approach, blow the shit out of every demon in the room before the door unlocks. Even when you don’t need to kill things to progress, the game loves to empty a bucket of demons on you from time to time.

If you haven’t guessed already, you will be killing lots and lots of demons in this game. There will be enough blood to fill several swimming pools by the time you finish. The glory kills are great, but let us not overlook the arsenal of demon slaying weapons at your disposal. You have the usual FPS weapons like the pistol, shotgun, machine gun and rocket launcher. All sturdy and reliable. You will find yourself sticking to these quite a lot. On top of this there are some more unusual killing instruments. A rail gun, plasma rifle and the old favorite, the chainsaw. Yes the chainsaw has made a return and it is more brutal than the glory kills. Killing an enemy with a chainsaw will drop enough ammo to fill most of your weapons, making it very rewarding to use. Fuel is quite rare, so it is something you will use once or twice per level.

The final weapon is the one and only, BFG. What would a Doom game be without this oversized behemoth of a weapon. Capable of killing an entire room worth of enemies in one shot, this one is a real treat to use. Ammo is in short supply, so you need to save this for when times are tough. 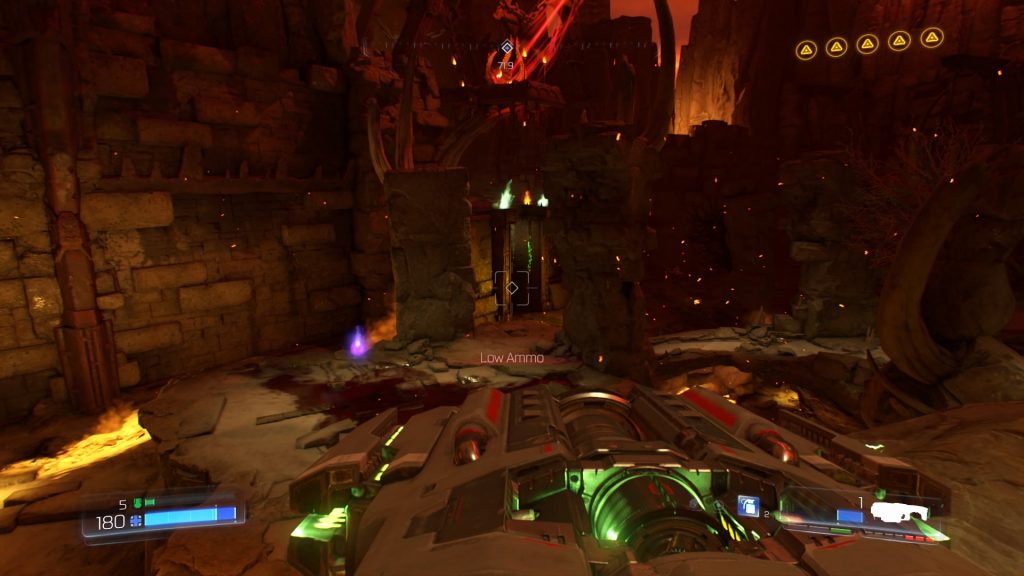 One of the more engaging passive elements to the game is the ability to upgrade your skills and abilities. Weapon upgrade points are earned from completing mission objectives and also get awarded based on how many monsters you kill. Points are used to improve headshot damage, increase fire rate and other common improvements. Weapons upgrades can also be found to unlock an alternative ability. The shotgun can be upgraded to shoot grenade like projectiles, the rocket launcher can lock onto enemies and so on. This lets you build up your weapons in a way that suits how you play. The ultimate goal is killing everything, so what more could you ask for!

The second type of upgrade come in the form of character upgrades. Simple stat based increases to the amount of health, armor and ammo you can carry. Early on in the game I found the ammo limitation to be a bit of a pain. These upgrades were invaluable later on in the game when there are seemingly endless enemies to blow back to hell! (that sounded a bit gay).

Once you finish up with the campaign, which lasts for around 10 hours, you can move onto the multiplayer. The multiplayer game modes are fairly typical for a game like this. Various team based game modes with a good selection of maps. It feels a lot like Unreal Tournament at times. High paced action with level design that prohibits camping. There isn’t much of a learning curve. Get guns, run fast and kill anything that moves.

Whether this is your first time playing a Doom game or not, you should consider playing this. There is enough there to keep fans of the series happy and enough to lure new players in. The game is pure chaos from start to finish.

9/10
With an incredible level of visual quality, responsive controls and a kick ass lineup of monsters, it's not to have fun. Everything has been executed in a way that brings the original game back to life for a new generation. This reboot could not have been executed any better. The game succeeded in being everything that it should have and was done with such a high level of polish that it was a huge pleasure to play.
Pros
Cons