A zombie outbreak has swept across the USA and you are left to survive alone. You pick up a rogue broadcast on a camping radio that informs you of a safe haven, but the signal is weak. As you work your way closer to the source of the broadcast, you hear more of the automated message and are faced with hordes of zombies who want to make sure that you do not make it to safety. Pop on your VR headset and shoot your way through the Arizona desert in what is a fairly decent VR shooter.

Story-wise, Arizona Sunshine is nothing new. It is one of the stereotypical zombie stories. Everything has gone to shit and your life is in danger. You hear of a safe haven, but need to make it through all of that shit in order to survive. As you progress through areas of the game, the main character will narrate what is going in and add quite a bit of humour to it all. Zombies become known as Fred, they are all called Fred as if they are a collective individual. Even the most intense gunfights are made a little more light-hearted by the humour that is thrown into it. For me this was perfect, as I don’t deal well with scary games. Humor was the only thing that got me through the levels with dark caves and flashlights. The story wont win any awards for originality, but It is fun and is a perfect narratvie to take you through various locations where you can shoot zombies. 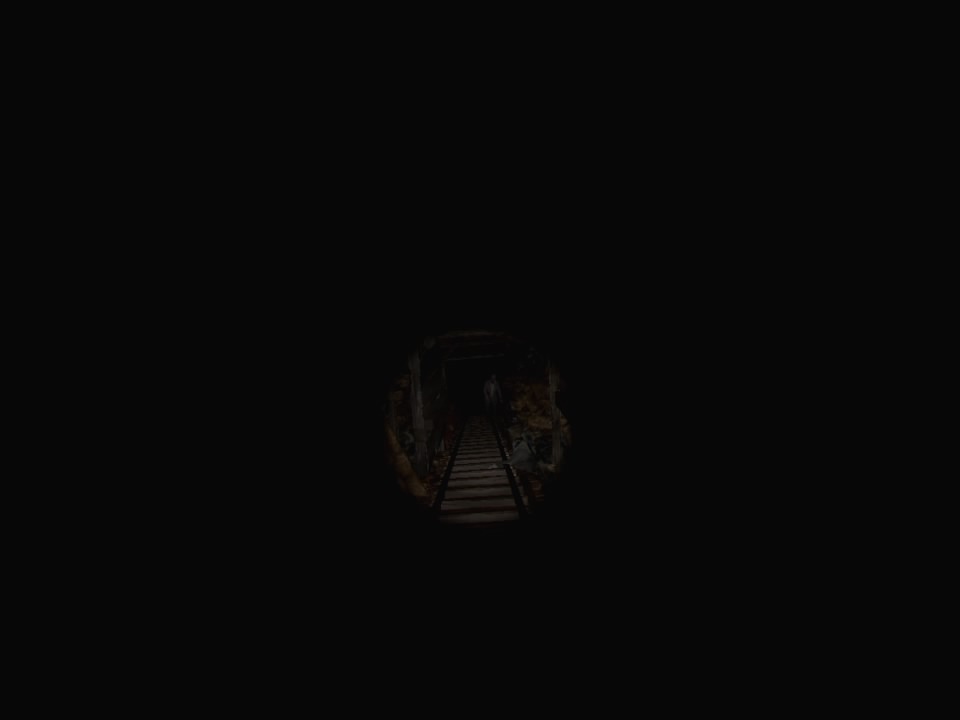 It is hard to get controls for a game like this wrong, but somehow they managed to mess up the button mappings. The aim and shoot part is the way it is in every other VR game, you cant exactly go wrong with this, but pretty much everything else felt incredibly clunky. Getting rushed by zombies was quite difficult to get out of since the buttons were mapped in a way that were difficult to hit. There were quite a few things I can complain about, so ill stick the the biggest issues. The most frustrating thing was reloading. Firstly, if you shoot half a magazine and reload, the remaining bullets in the clip get dropped on the floor and you must then pick them back up if you want them. Annoying as hell when you are under pressure. The second part is actually reloading. You press a button to trigger the clip to fall out and you must then push the gun against your body to put a new clip in, also awkard when you have a zombie eating your face. This glitched out for me a lot and left me unable to reload unless I rotate my body. Interacting with items in the enviornment were also clunky. 90% of the stuff you pickup does nothing, including health packs which for some reason, do not heal you. The vast amount of things you pickup fall through the ground when you drop them leaving them gone forever. If you want to pick up ammo, you must grab it (which is not as easy as it should be) and then pull it toward your stomach. If you do not pull far enough, or you hit your actual stomach, but the game needs you to go further, the item will fall on the ground. If it doesn’t vanish, it becomes quite hard to pick back up. 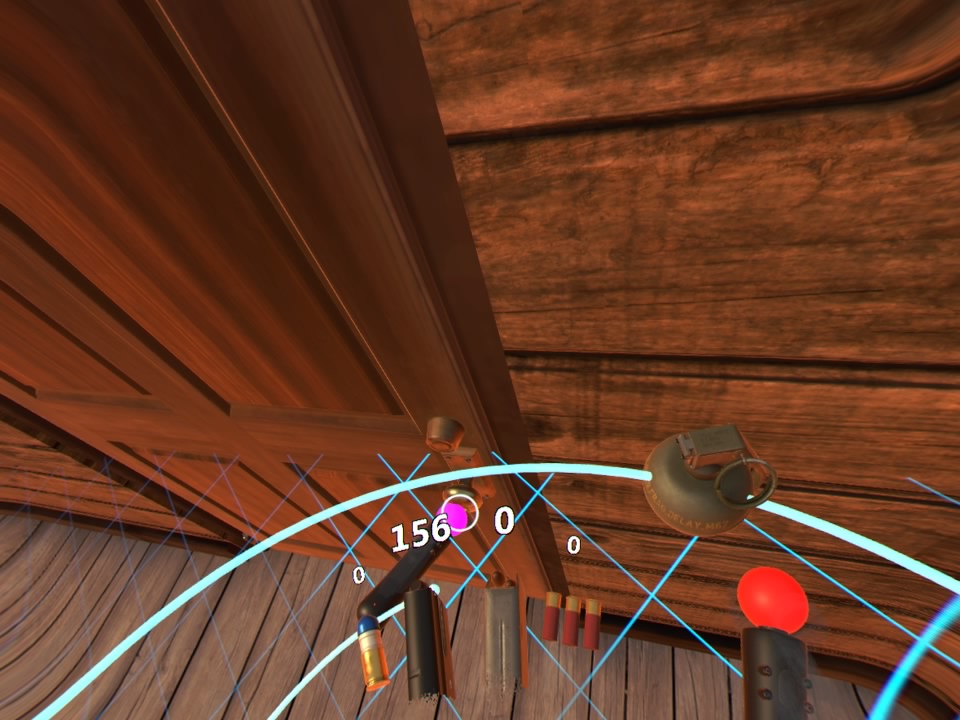 The main thing that makes this game fun is shooting zombies and thankfully there are a lot of zombies to shoot. At the start of the game there is a shortage of ammo to use, but after a while you learn common hiding places and have more than enough ammo, especally if you are getting a lot of headshots. There are a few points in the game where you get to use some heavy 2 handed weapons like a sniper rifle and a mini gun. The tracking was very jumpy for me when I used both of these, but this may have just been the PSVR being a bit iffy.

There is a main campaign which takes about 5 hours to complete if you take your time. Along with this is a horde mode. This is just a simple game mode where you are in the middle of a map and zombies come at you from all directions. This is a fun game mode, but due to all the control issues it is very easy to get surrounded when playing solo. Thankfully this game mode and the entire story mode can be played with a friend online. This makes both game modes a lot more fun.

Arizona Sunshine is not a pretty game. It looks a lot like that old arcade game House of the Dead. Ugly, muddy textures on pretty much every zombie and even more ugly textures in the enviornment. The vehicles seem way too large to be real and lack so much detail that they just look like toys. The zombie models also lack veriety. The same bikini girl shows up all over the game. In dark caves and caverns, in trailer parks and in highly secure locations that were once in control by the military. The same bikini wearing white girl and the tall shirtless black guy in shorts are just everywhere. Sometimes you will have 4 or 5 of the exact same zombie in the same location. As I have already mentioned, the enjoyment in this game is from killing the zombies, but the game really is not that nice on the eyes. 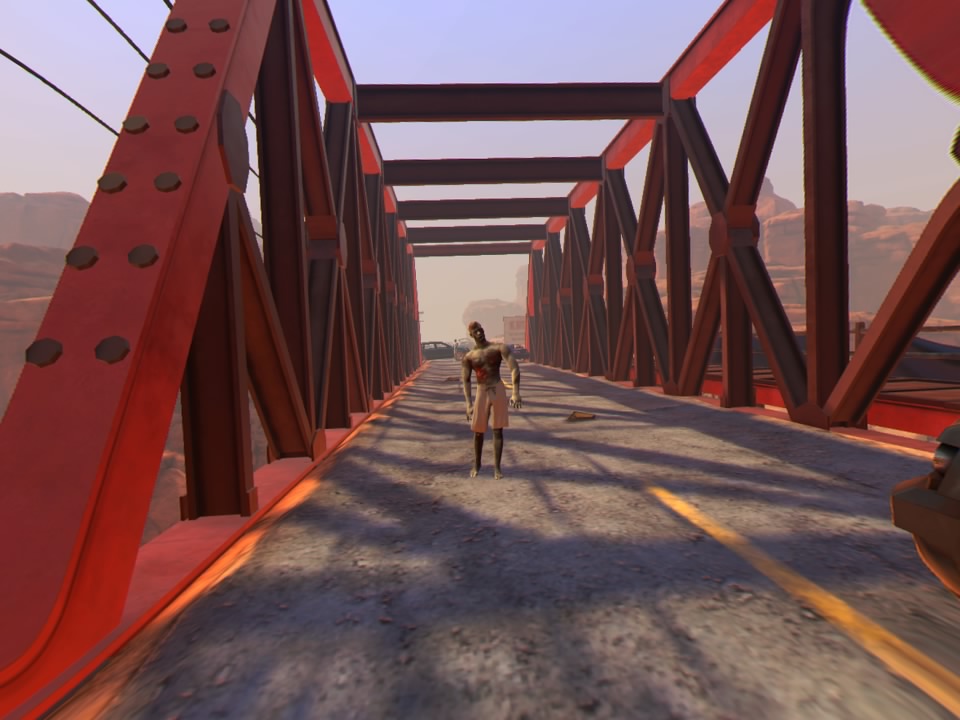 There is some replay value in the horde mode in this game, but only if you have a friend to play with. I don’t think there is really much that will make me want to go back and play this game again. It is a fun shooter, but there are plenty of better VR shooters out there worth playing if this is what you are looking for. With that being said, I still enjoyed this game for the humor in the story and just the general warm feeling you get from running around in the Arizona sunshine.

6/10
Arizona Sunshine is a fun game with some redeeming qualities. While the story is not original, it is fun and enjoyable. The warm desert setting keeps you feeling warm and blowing the heads of every zombie in sight is also a lot of fun. The clunky controls and poor visuals do let this game down quite a bit and make it feel a little more rushed than it should. Issues aside, I still enjoyed playing this game, simply because shooting things in VR is a lot of fun, no matter the quality of the game.
Pros
Cons