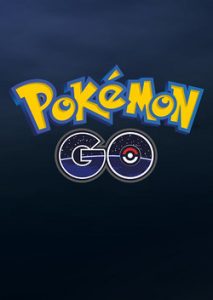 For a very long time, Pokemon games have stuck to a very similar formula that has served the franchise very well over the years. Pokemon Go was a major shift in direction by turning the process of catching wild Pokemon into a real life Augmented Reality (AR) experience.

The popularity of Pokemon Go exploded overnight. The game servers were unable to handle the massive stress and it took many months for the system to become stable enough for players to properly experience and enjoy the game.

Pokemon Go gets players to walk around in the real world. The game, which runs on all major smartphone operating systems will track your location and the distance you walk through GPS. Wild Pokemon will be scattered around the world at various GPS coordinates and when a player reaches this location, they will be able to attempt to capture this creature by completing an on screen mini game that involves throwing a PokeBall.

The game receives regular updates to add new generations of Pokemon along with seasonal and monthly events that task players with completing specific goals for rewards that are based around the topic of the event. While the games popularity has dropped from the numbers seen at the initial launch, Pokemon Go remains an impressively popular game and has set the standard for similar AR games going forward.

What are team GO Rocket Grunts?

Video Games
Why do gold stars come out of the pokeball when i catch a Pokemon?

Video Games Gameplay, Items / Equipment
How do you evolve Eevee to Espeon during the day?

I have already used the name trick to evolve an Eevee to an Espeon. I have the research tasks now that requires me to evolve Eevee to Espeon during the day. How do you make this happen? Is it just hit and miss and I have to hope that I eventuslle get the right evolution?

Hoow do you evolve an evolved grass type pokemon? The sentence isnt making any sense to me.

Video Games Mission / Quest
How do you catch a ditto

I am going through the special research tasks as part of the quest line for mew. The latest round has asked me to catch a ditto. I have yet to come across one of these and I have caught a lot of Pokemon so far. How do you catch a ditto?

I know you get to see your current streak when you spin a stop or catch a Pokemon for the first time each day but what about after that? I forget what my current streak is and want to check to make sure I use an egg on the right day. Is there a way […]