The discovery of an ancient power has granted mankind the ability to control life and death. The events that lead from this highlight the constant struggle that will forever plague mankind. Do you use power for the greater good or for selfish gains?

Valley is set many years after the discovery of a secluded valley deep within the Rocky Mountains. You find yourself stumbling upon some mysterious industrial complex with no knowledge of who built it. After some brief sniffing around the area, you come across a mechanical exoskeleton known as the L.E.A.F suit. With no idea what it is or where it came from, you blindly decide to put it on. What could possibly go wrong right! Well thankfully for us, nothing goes wrong because the L.E.A.F suit is one of the coolest exoskeletons you will get to use in a video game.

The valley contains a power source referred to as “Life Energy”. We don’t know where it comes from or what it does, but it seems like whoever built the L.E.A.F suit were able to harness the power.

Your L.E.A.F suit uses life energy as its source of power. The suit allows you to run at superhuman speeds, jump incredibly high and it also lets you bring dead things back to life. You know, your everyday stuff! 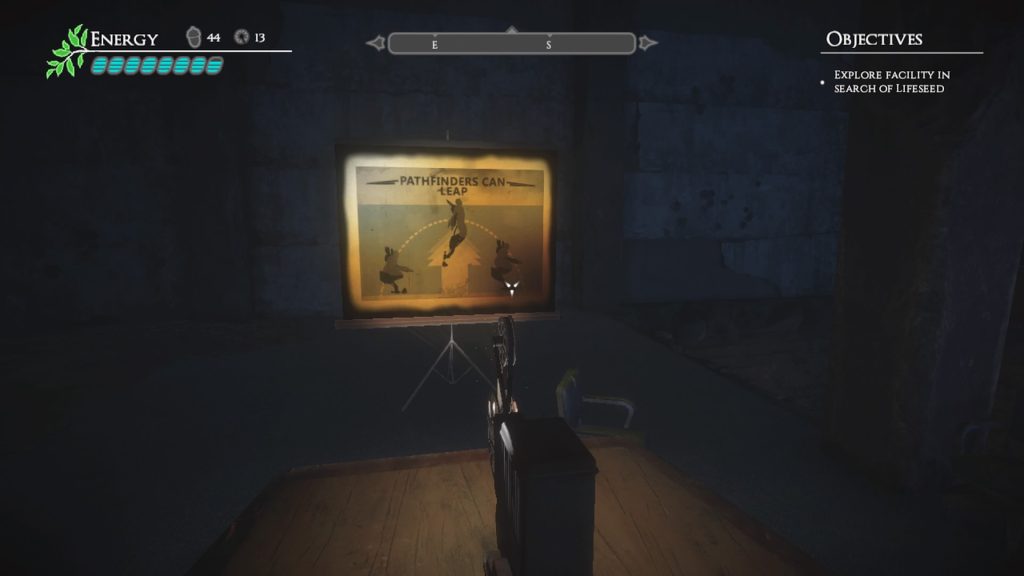 Using the L.E.A.F suit is an absolute blast. They could have created a game without any story and let you run loose with this thing. You feel like Sonic the Hedgehog when you pick up speed. You start off slow, but as you pick up speed and feel the heavy thump of the footsteps below, you begin to forget what you were meant to be doing. You just want to keep running around.

The L.E.A.F suit does much more than giving you superhuman jumping and running abilities. Collecting life energy orbs, which available all over the valley, will keep your suit powered. If you find a dead animal or dead tree, you can bring it back to life. Using the trigger buttons you can either give life or take it away from any living things in the valley. Taking life adds power to your suit and giving power takes it away. Seems like a good idea, but you will find that there is rarely ever a need to take life. There is more than enough life energy orbs floating around to keep your bar full most of the time.

While the story pivots very heavily around mankind having control over life and death, the gameplay does not. It is cool bringing dead animals back to life, but it doesn’t really do much other than make you feel happy inside. Bringing trees back to life is also quite pointless. Giving them life does drop acorns from time to time. These acorns can be used to unlock secret doors around the map that give you collectibles and some diary pages. Nothing that important though. Giving life to a dead tree or animal improves the “health” of the valley. The valleys health drops every time something dies. If you are not in the habit of taking life or falling off ledges, the health of the valley never really drops. Since the entire story is based around this incredible power, it would have been good if you could have had more leverage here.

Since there are no other humans in the game for you to interact with, the story is told through audio diaries. As you make your way through the levels, an audio recording will begin to play at specific milestones. The recordings usually give you some more information about the area you are currently in. They also update you on the progress of major projects back at the time of recording.

For those looking for a little more to the story, there are diary pages scattered all over the game. Some of these give some more technical details on the goings on and some are just people writing down their thoughts. While these are a nice addition to the game, they are presented quite poorly. The first problem is that you can’t pick them up. You can only hover over the item and the text appears on screen. This makes it hard to know which ones you have already read. The second issue is actually reading them. When you read a page, the on-screen text remains in a static location and you move around it. It makes the reading of some pages very difficult when they are in locations that prevent you from being able to get in the correct position.

All in all, the story is very satisfying. Such an interesting premise to the story is followed by all sorts of moral conflict. This conflict may not occur in your brain but will let you see how it can cause conflict within a group. Seeing how someone can become so consumed and obsessed with completing their life’s work that nothing else matters. Observing how this conflict plays out is the best part of the story.

The combination of an intriguing story and enjoyable controls make for a really fun experience, but unfortunately, it often gets hindered by poor level design. The levels are based on a sort of pseudo open world design. There are several ways to get to your destination, which often intertwine and loop around. The game does a very bad job marking the destination. There is no minimap or any UI marker to show which way to go. You are left wandering around the levels hoping you stumble across the place you are meant to go to. Sometimes you might even find the correct location but assume it is wrong due to the lack of indicators. There were multiple times I found myself asking “Is this a glitch or am I meant to be going this way?”. 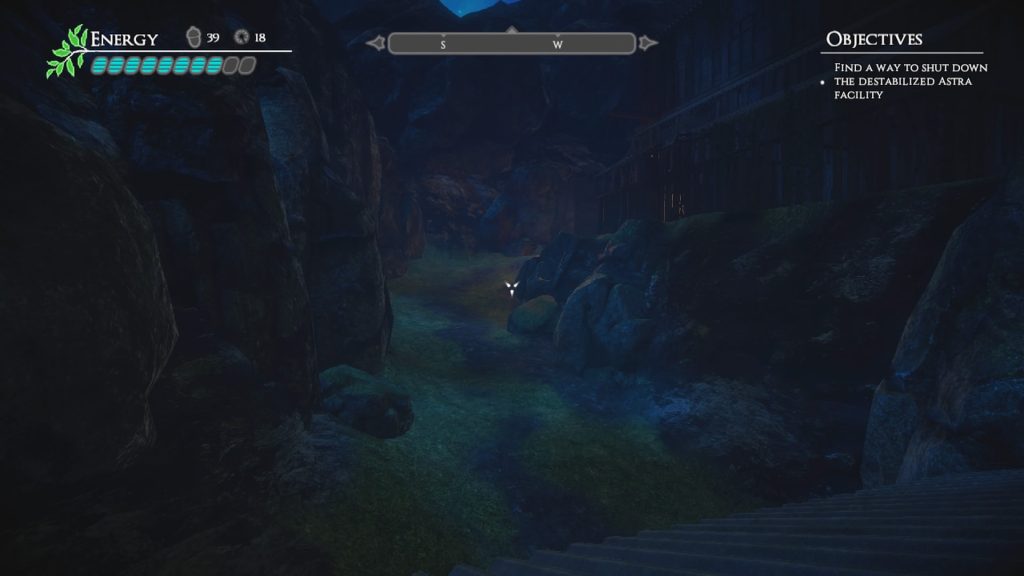 The shortcomings with the level design were not significant enough to hurt the experience. The picture that Valley paints is exceptional. Considering there was a small indie developer behind its creation, all aspects of the story and gameplay were implemented incredibly well. Playing the game will remind you of one important thing about mankind. Power can so easily corrupt the minds of those who are unable to wield it.

8/10
The story from start to finish holds up very well and keeps you interested. The mixture of nature and a darker 60s era industrialism creates a very unusual theme. The level design could have been better, but the time you spend running around in the L.E.A.F suit is so much fun that getting lost is not so bad. The moral aspects of the game stand out very strong and will keep this game in your mind long after you have completed it.
Pros
Cons