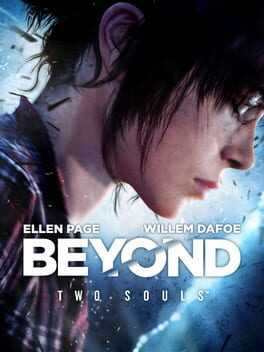 Available On
PC (Microsoft Windows), PlayStation 3, PlayStation Network, PlayStation 4
This is an action game in which players assume the role of Jodie Holmes and her invisible companion "Aiden" through fifteen years of Jodie's life. From a third-person perspective, players control Jodie through fully interactive environments, choosing a variety of action-, dialogue-, and decision-paths based on on-screen prompts. Some choices can lead to depictions of violence: Jodie attacking assailants with punches, kicks, and various objects (e.g., tree branches and knives; impaling an enemy with a pipe). As the character Aiden, players solve puzzles, manipulate objects and attack (e.g., strangulation) Jodie's assailants. Players can also use Aiden to possess enemies and perform violent acts (e.g., shooting fellow SWAT members; crashing vehicles; performing self-inflicted gunshot wounds). Some of these sequences are accompanied by blood-splatter effects. In one cutscene, a bound character's eye is cut out during an interrogation—the act is obscured by a character's back. One prolonged bar sequence depicts three men attempting to rape a woman; players control Aiden and interact with objects to stop the assailants. Another sequence depicts a character propositioning a woman to perform fellatio. The game includes depictions of the central character drinking beer and smoking a marijuana in a party setting – screen distortion occurs during theses sequences. The words “f**k” and “sh*t” can be heard in the dialogue.