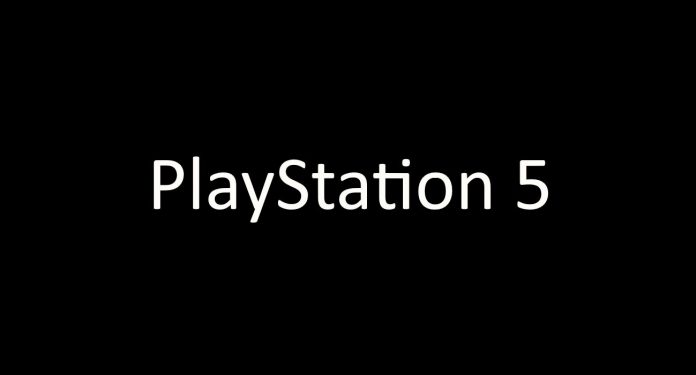 The PlayStation 5 is the latest entry to the family of PlayStation consoles and is going to be the successor to the PlayStation 4. Sony has been drip-feeding information about this console to us since first revealing that it was on the way. This page will keep you up to date with all we know so far. This is everything we know about the PS5

The PS5 is scheduled to release in the holiday season of 2020 and it does not look like it will be delayed at the moment. If you have any questions, check out the FAQ below and if there is nothing useful here, feel free to ask a question below in the comments section.

Quite possibly the biggest deal about this new console. Will the PlayStation 5 be backwards compatible. In other words, can it play PS4 games? The answer is yes. You will be able to insert your PS4 games into the PS5 and they will function without needing to deal with any difficulties.

While it has not been confirmed, we can assume that the boost mode that we saw with the PS4 Pro will also be available on the PS5 to improve the performance of games that were not designed for the more powerful hardware.

No, it will not. Sony has confirmed the Ps5 will be backwards compatible but it will not support Ps3 games. The same issue that we had with playing PS3 games on the PS4 still applies here. The CPU architecture does not allow for it at the moment. Sony may have come up with a solution but as of right now, we do not believe the PS5 will support backwards compatibility with the PS3. In order to achieve this, you will need to use PS Now.

At last, we have some good news in this area. The PS5 will be fully backwards compatible with all games released for the PS4. We do not know for sure yet, but it appears that both digital and disc-based games from the PS4 will work on the PS5.

At this stage, the PS2 is so old that the Ps5 should have the hardware power to be able to run a PS2 game, no matter how inefficient the emulator is. Unfortunately, we do not know whether this is possible or not at the moment.

When the system has launched, I will update this section with some results of the power consumption of the PS5.

The PlayStation VR headset was launched for the PlayStation 4. Since the PS5 has full backwards compatibility with games released for the PS4. This means that all of the VR games for the PSVR will work on the PS4. Sony has confirmed that the VR headset will work on the PS5. Since the resolution of the headset is defined by the headset itself, the PS5 will not improve the resolution of these games.

Is the PSVR 2 Being Released For PS5?

A completely new VR headset has been rumoured for the PS5. Typically called the PSVR 2, the new headset would be expected to support a sharper screen with a much higher resolution, allowing for VR games to take better advantage of the hardware available. We still have no confirmation of this at the moment and if it is going to happen, we will likely find out closer to the consoles release date.

Sony has yet to reveal the PlayStation 5 console design and have gotten very good at keeping secrets over the years. We have yet to see any leaked designs. Once Sony has revealed the console, we will update this section with some information about the design of the PS5 console.

Having used the Dualshock controller for the last 4 console generations, Sony has decided to move on and release something new. The Dualsense controller is a newer, more advanced video game controller that not only packs a whole lot of new tech, but it also looks cool as hell!

Tradition rumble is gone and has been replaced by something known as haptic feedback. This is actually something we have already seen in the Nintendo Switch. This feedback allows for developers to make specific parts of the controller to vibrate rather than the entire thing shake. For racing games, you could feel the top left of the controller give off a bump feeling as your car smashes into the back of another.

The haptic feedback has also been built into the triggers of the controller. Sony has stated that it will give resistance to certain actions. Drawing a bow will cause the trigger buttons to become more stuff, the further back you pull them, simulating the resistance you would feel while actually drawing back the string on a bow.

The controller might feature a lot of new immersive tech, this doesn’t mean they have ditched all of the cool stuff we had in the Dualshock 4. The Dualsense controller has a touchpad, share button, microphone, headphone slit and kick-ass two-tone colour design.

Does the Dualsense Controller have a Headphone Jack?

This has become one of the most loved things about the Dualshock 4 and Sony know it. This is why the Dualsense controller will have a headphone jack. This means you can reuse the headset that you have for the PS4 and also be able to use the headphones you have for watching movies online.

Will PS4 Controllers work on PS5?

The Dualsense controller will have a lot of new features, much like the Dualshock 4 did over the DS3. This might cause problems for PS5 games. If you plan on playing your PS4 games on the PS5, you should have no problem connecting your Dualshock 4 controller to the PS5. Sony have been good in the past for support for old controllers. We expect the same to be true for the PS5 but will not know for sure until Sony tells us, or we get our hands on the system to test.

Currently, it is too early in the day for us to clarify this. Battery technology has gotten a lot better since the Dualshock 4 and it gets better every year. We can expect the battery life of the Dualsense to be better than the PS4 controller. Until we get our hands on it, it is hard to say how much game time we will get from the controller before needing to charge it.

What is haptic feedback?

This is a new word for most people. For years we have called it to rumble. Haptic feedback is the evolution of rumble in gaming controllers. Haptic feedback allows for specific parts of the controller to vibrate. Trigger buttons will rumble and give feedback as you press them. It is a much more advanced form of vibration that will greatly enhance the games you play.

Sony has been strongly against this for a long time. Toward the end of the PS4 generation, they began to relax on this and have allowed some limited cross-compatibility between other gaming networks such as Xbox Live.

We do not currently know if games on the PlayStation 5 will support cross-compatibility with other game consoles at launch. We can guess that their attitude will remain the same. The issue was never with the PS4 hardware that we didn’t have cross-compatibility. It was a business decision by Sony. As far as we are aware, this decision has not changed.

How much will the PS5 cost?

Sony has not revealed a price for the PlayStation 5 yet. The PS4 Pro currently costs 399. It is expected that this system will see a price cut and the PS5 will take on the same 399 price. This is all speculation for now.

Can PS5 play with PS4 players?

We do not have a confirmed answer on this but the suspected answer is yes. PS4 games will work on the PS4. Since these games connect to the same servers on the same network, there should be no issue.

We do not know what sort of cross-compatibility we will have with new games being released on the PS4 and Ps5. For games like call of duty, we expect it to be possible for PS4 and Ps5 gamers to play together, but we will have to wait for more information to confirm.

There will be no need to transfer an account. The PS5 will allow you to log into PSN with the same account you use for the PS3 and PS4. You can switch between the consoles and log back into the PS3 if you wish. Your account will remain active on all networks.

If you own a PS3 or a PS4 and want to use the same PSN username on the PS5, you will be able to do this without any problem.

We have limited knowledge of the PS5 hardware at the moment, but we have no reason to believe the PS5 will not contain a disc drive. With Blu ray still being a strong player in the video market, the PS5 should have a disc drive with a 4k blu ray player.

The PS5 will support 4k but it is not a requirement. The console will use HDMI as the video connection. This will allow you to connect it to any regular TV and output video at 1080p if this is the resolution of the TV that you own.

Why is the PS5 so expensive?

We do not know the price yet, but the price of the system will likely be quite cheap for the hardware that you are getting. Sony and most other console manufacturers have been known to sell their consoles at a loss or at a very small profit. The systems are expensive because the components that go into them are expensive.

We do not know for sure if this will happen across titles on each console. For example, if Call of Duty has a PS4 version and a PS5 version, we do now know if players will be able to play together.

If you play a PS4 game on the PS5, you should be able to play with PS4 gamers online.