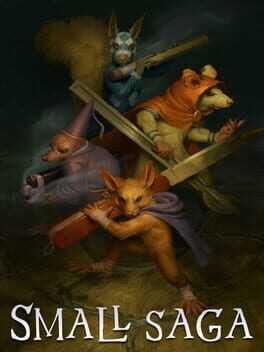 Available On
PC (Microsoft Windows), Mac
Rating
Difficulty
Time To Beat
Watch
Collection
Small Saga is a turn-based RPG that takes place in a medieval rodent society beneath the streets of modern London. The story follows Verm, a particularly angry mouse armed with a pen knife, who is hunting for the human who stole his tail. On the way, Verm befriends a mole wizard, a squirrel harlequin, and a lab rat lancer. Together, the party upend rodent society, clash with titans, and eventually face off against the gods themselves.
read more