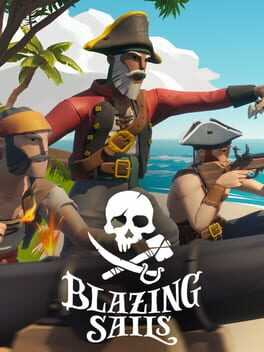 Available On
PC (Microsoft Windows)
Rating
Difficulty
Time To Beat
Watch
Collection
In Blazing Sails you, your ship and crew have to battle other teams on a huge map of land and sea until one team survives. As a battle hardened pirate you have to fulfill different tasks on your ship like steering the ship, deploying the sails, repairing ship damage and firing the cannons to crush your enemy’s. You’ll also be forced to go on land to gather different resources, weapons and ammo. But be careful to not abandon ship completely! If your ship goes down, your team goes down with it.
read more