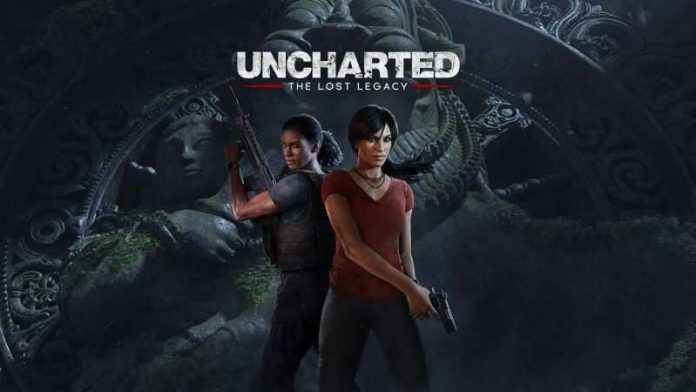 Uncharted: The Lost Legacy is a spin off that is built off of Uncharted 4, which was released last year. The game is essentially a DLC expansion that comes in the form of a standalone retail release. Nathan Drake has departed his lead role as the adventurer and instead you are placed in the shoes of Chloe Frazier who must sneak, climb and battle her way through Indian jungles in order to discover the secrets around an ancient tusk that is said to have belonged to the Indian god Ganesh.

Since this game is based on Uncharted 4, almost everything we have seen in this game has been carried over to the Lost Legacy. Although we now have a new playable character, she can walk, jump, climb, fight and has the same upper body strength that Nathan Drake had. If you enjoyed the gameplay in Uncharted 4, then you will not be disappointed with this game. The climbing mechanics remain as solid as ever with Chole being able to make her way up the side of steep cliffs and buildings with relative ease. Stealth and combat are also flawless with you being able to quickly duck and dive around cover to sneak up and take out enemies or if you prefer, go in guns blazing and take everyone out the Rambo way. Whatever way you like to play, the controls and gameplay will not let you down.

Visually, this game is absolutely beautiful. If you have never played an Uncharted game in the past, you will be completely taken back by the immense level of detail that has gone into every single aspect of the game. Even if you have played Uncharted 4, you will still be impressed. The game supports enhanced features for the PS4 Pro which further take things to another level of beauty. Despite having such a high level of visual fidelity, the framerate does not take a hit. Even during scenes with heavy combat in massive environments, the game remains smooth and steady. 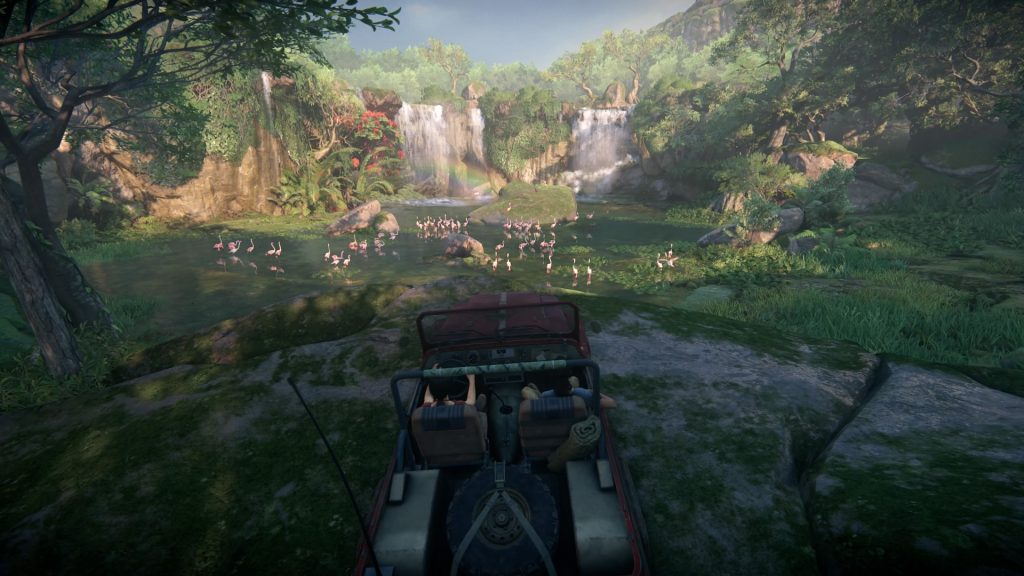 The characters have always been where things excel with Uncharted games and The Lost Legacy continues the trend. The character animation is amazing and the facial animation, in particular, is some of the best that I have ever seen. The facial expressions that characters pull help convey complex emotions before they say a single word. Chole speaking about her father was one such time where you could tell before she even spoke, that it was a touchy subject. This of course circles back to the actors and actresses that perform all of the mocap and voice acting work. Claudia Black, the actress behind Chloe, does a great job at bringing the character to life and her performance here was far better than it was in Uncharted 2. 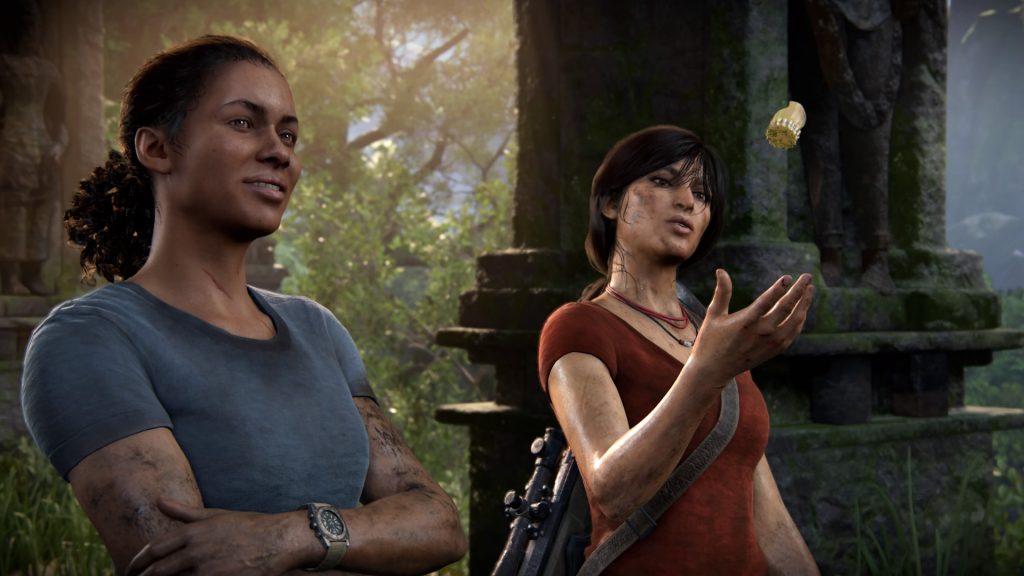 As someone who has very little knowledge about ancient Indian mythology and culture, I really enjoyed the story of this game. The format is essentially a rinse and repeat of past Uncharted games. There is a lost treasure that you think you know how to find, some bad guy also wants to find it, but you are better at treasure hunting than him. You make your way to the destination, killing waves of enemies as you go and essentially end with some standoff against the bad guy. It would have been nice if there was a little deviation to the standard, run of the mill formula, but at the same time, it works and this game was still a hell of a lot of fun, albeit predictable.

I was doubtful at first whether a game without Nathan Drake would be all that fun as a lot of what I liked about the series was his character. However, I ended up really liking Chloe and her role in this adventure. She turned into a very likeable character with a lot of potential for future games, but at times, I felt as though they were trying to make her a female version of Nate. This was not necessarily a bad thing, but it didn’t seem to work all that well. I found a lot of this was down to the companion, Nadine, who accompanies you for the duration of the game. She is a tough, ex-military hard ass and she doesn’t seem to have the best social skills. I came to like her a bit more toward the end of the game, but she only seems to have 2 emotions, content and angry. The conversations were often cut short and jokes fell flat due to Nadine having a personality of a stone.

I would like to call the game perfect, but it was not as good as Uncharted 4. It has all of the great production values, but it was a smaller game that packs less of a punch. For the price, it was perfectly acceptable, but the fact that it was shorter, left less room for things to be taken off the scale. Only in comparison to Uncharted 4, does The Lost Legacy fall short and this is perfectly acceptable. For almost half the price that Uncharted 4 was, you well and truly get your money worth with Uncharted: The Lost Legacy.

9/10
Uncharted : The Lost Legacy is a really enjoyable game that continues with the successful formula we have come to know from previous Uncharted games. Overall the game is not as good as Uncharted 4, but it is still an absolutely brilliant game. The visuals are some of the best I have ever seen, the story is enjoyable and just about everything else is finished with such a high level of polish that you will be in awe of the game from start to finish. Nathan Drake set the bar very high and I was delighted that Chloe was able to fill his shoes. At a discounted price, you still get good value for money with this title, but it still left me wanting more, maily because it was so good! I would really love to see Chole make a comeback in the future as there is a lot of adventures left for her to play out.
Pros
Cons