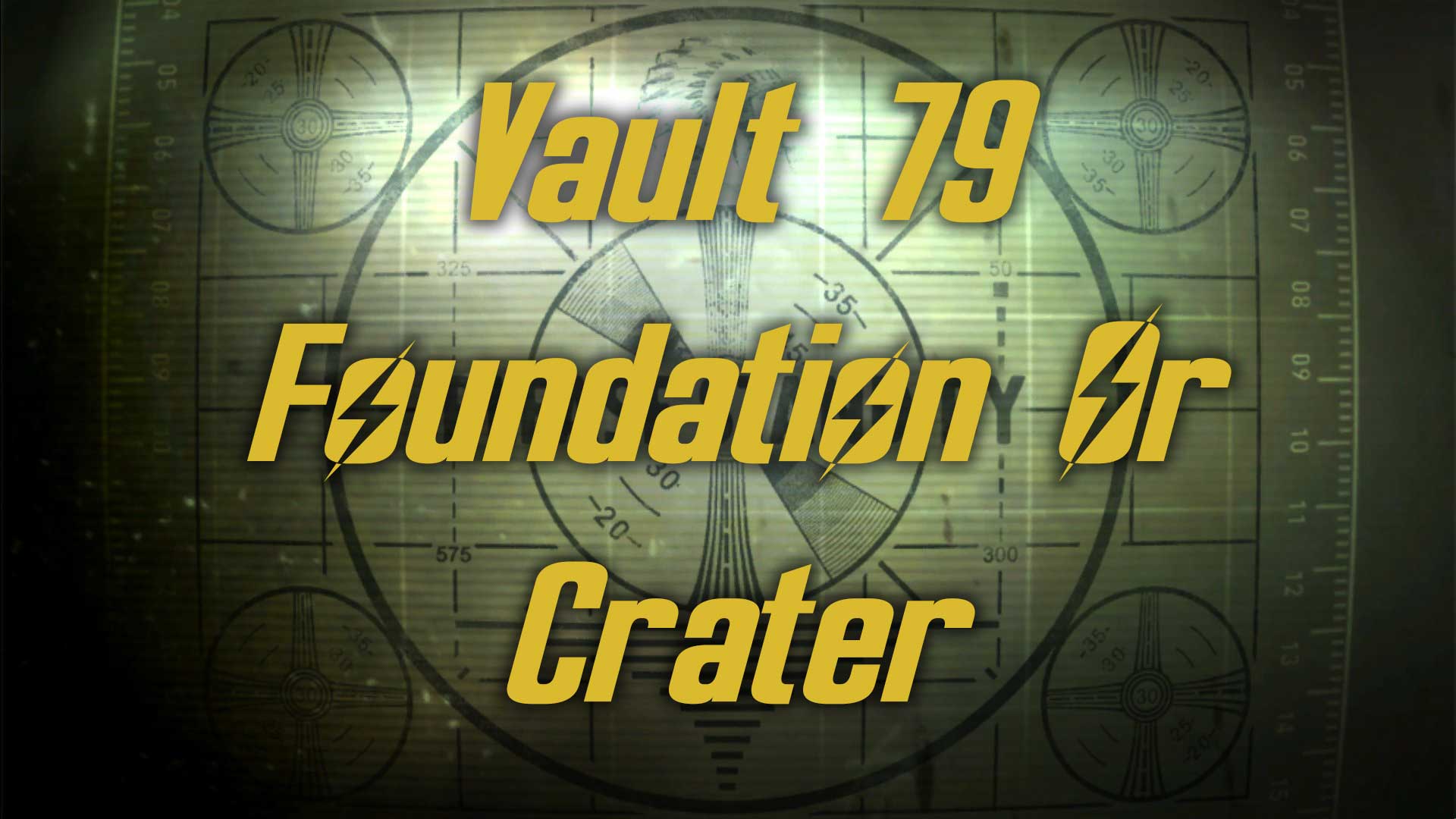 Vault 79 plays a large part in the main story of Fallout 76. The great heist where you must seek the help of other factions in the wasteland to help you break into the vault in an attempt to restore civilisation. The dilemma with this questline is you will be faced with a decision to pick one faction to side with. Should you side with Foundation or Crater?

As you progress through the main quests for both the raiders and the settlers you will eventually get to a point where you either have a quest called “Siding With Foundation” or “Siding with Crater”. Completing one of these quests will cause the other to fail. This guide will help you decide whether you should side with the raiders or settlers while keeping things spoiler free.

Complete All Quests for Both Factions First

Before you decide whether you want to side with foundation or crater, make sure you complete all of the quests for both first. You may have completed all of the quests for the raiders and have one of the decision quests available. Even if you want to side with the raiders, you should complete the other quests for the settlers first. This will help you boost your reputation with the faction as far as possible. It will also get you some extra quest rewards and experience some more enjoyable aspects of the story before betraying one faction.

Which Decision Gives The Best Reward?

The good news here is that the decision you make does not influence the quest reward. You will not get a special item if you pick raiders instead of settlers. There are no missable rewards you have to worry about picking one side over the other.

The raiders will not become hostile if you do not pick them and the same for the settlers. You will lose around -500 reputation points for the side you do not pick, but you can easily get this back through daily quests.

Based on your reputation you will have various items available to purchase from the vendors of either faction. As you become more friendly with them, better and mode items will become available to you. Deciding which faction to go with will ultimately depend on which one you want to get a max reputation with faster. At the end of the day, it does not matter.

You will also gain some reputation with the faction you pick by completing the quests associated with Vault 79 after you make the decision so also keep this in mind as it will speed this up.

You Can’t Miss Any Rewards

The critical thing to know is you will not miss out on rewards. The story will be different of course so it is good to try with a second character to see how the story changes the next time around. As far as game-changing outcomes, there are none. The decision will not have a significant impact on the game and you will not regret one over the other in the future. Pick whichever you want as there are no major pros and cons to the decision.

Who Should You Side With For The Vault 79 Quest?

The general answer is, if you like shotguns, go with Foundation, if you want heavy weapons, go with crater. Either way, you can get both rewards from both factions no matter which option you decide on.

Someone has data-mined the game to show you all of the rewards you get for either side. Pick the rewards you like the best and side with this faction. Remember that you can get both if you like. You just have to do some daily quests to increase their reputation.

Will Foundation Become Hostile If I Side With Crater?

No, you will lose a small amount of reputation with the settlers if you decide to pick crater but they will not become hostile. It is actually possible to regain all of the lost reputation using daily quests in the future so there is nothing to worry about.

Will Crater Become Hostile If I Side With Foundation?

No, crater and the raiders will not become hostile if you side with foundation for the final Vault 79 quest. You will lose some reputation with the opposite faction but you can recover in the future by doing other tasks.