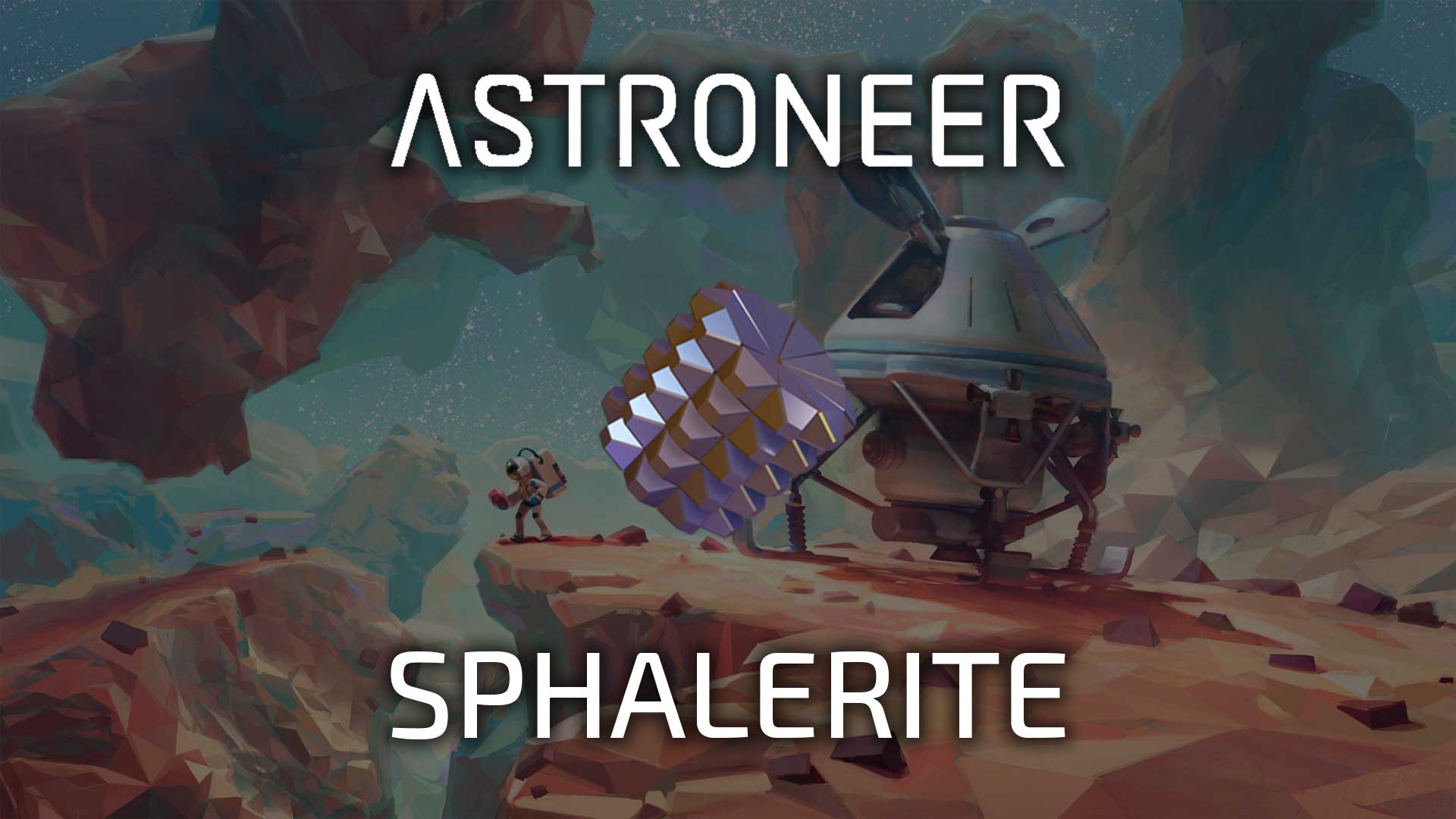 Sphalerite is another one of those natural resources in Astroneer that sounds made up but in fact, it is actually an ore that exists in the real world and is used as a source of Zinc in real life as well as the game.

It is a fairly uncommon resource that is found in caves. It can be found on the starting planet. If you explore enough, you are bound to find some early on in the game.

Where To Find Sphalerite

Sphalerite is found in caves beneath the planet surface on Sylva (the starting planet) and on the mountains of Desolo. It is uncommon to find but not that rare either. It is quite distinct in appearance as it looks a bit like a cracked shell with some smooth curved areas with other more jagged parts that look like it has broken apart.

Since this is a planet specific resource, it is not possible to obtain this resource using a soil centrifuge. If you are stuck for some, you can obtain it from a trading platform if you have progressed this far in the game.

Sphalerite can only be found on Sylva and Desolo. It is the source of zinc. On Sylva, you will find Sphalerite deposits in caves beneath the planet’s surface. On the moon of Desolo, you will find it on the orange capped mountains and on the mantle layers of the planet. The table below will list the different planets of the game and give you the rarity of the resource on each one.

What is Sphalerite Used For?

Sphalerite is a metal ore, like all others, it can only be used to smelt into the metal that it contains. The table below will contain a full list of all structures and items that can be crafted using just this resource or a combination of others.