A lot of developers are criticized these days for spitting out new games so frequently that the previous games get forgotten about very quickly. Blizzard is one developer that can most definitely not be accused of this. Warcraft 3 was originally released back in 2002 and received quite a bit of support including an expansion. Since then Blizzard have moved on and relesed many new games including the incredibly popular MMORPG, World of Warcraft. It’s hard to believe that 14 years after the release of Warcraft 3, Blizzard are actually releasing an official update to the game.

Despite the age of Warcraft 3, the game still remains highly popular with a very large following spurred on by a lot of gamers partaking in Warcraft 3 tournaments. The game also appears to have gained quite a lot of success in China, which is the main reason the update for this game has come to light.

I remember absolutely loving Warcraft 3 back when it first came out, but like most people haven’t played it in a very long time. A patch likely isnt going to be enough to make most people want to come back and play the game, but it is fantastic to see how a developer has continued to support their game so long after it was originally released. Blizzard have released an official video to announce the release of the patch. Will you be brushing the dust of your copy of Warcraft 3? 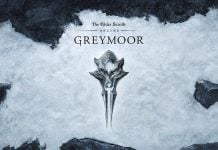