The PlayStation aim controller was bundled with Farpoint back when the PSVR was new to the market. Despite looking the part, the PS Aim controller does not use PS Move controllers like we often see with gun addons for other systems like the Nintendo Wii. The Ps Aim is an independent controller.

Due to the gun shape and fixed buttons, there is very little use for the PS Aim controller outside of VR games. Of the limited number of games that do supported it, they are all for shooting. What else would a gun be good for I guess!

Vrgame Dan Hastings- June 25, 2019
Farpoint is an unnerving VR space adventure set on a hostile alien planet. On a mission to pick up scientists studying an anomaly near Jupiter, a rupture from the anomaly transports the player and scientists to an unknown alien world. 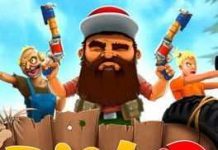 Vrgame Dan Hastings- June 25, 2019
The follow up to Dick Wilde brings some pretty significant changes. The addition of a moving raft brings something new to the levels. Online coop further adds a layer of madness to the game as you and another player can... 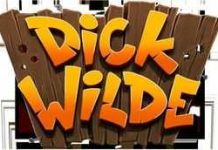 Vrgame Dan Hastings- June 25, 2019
Those pesky swamp critters are at it again! Scarin’ off all the good folk who just want to go huntin’ and fishin’ on their lakes and lagoons! We’re talking piranhas, eels, ‘gators - you name it! There’s even been talk...