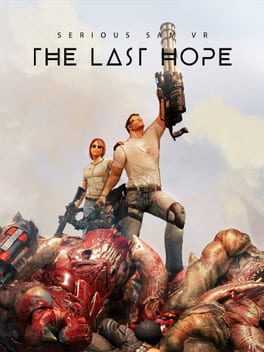 Serious Sam returns in his first ever VR adventure to dual wield an overwhelming amount of explosive ordinance and battle Mental’s relentless hordes in Serious Sam VR: The Last Hope. The Earth Defense Force is crumbling under the crushing offensive of Mental and his legions of savage warriors and beasts. Now the galaxy’s last hope must battle from planet to planet – pilling up and upgrading his arsenal along the way – and lay waste to massive alien swarms under Mental’s control.