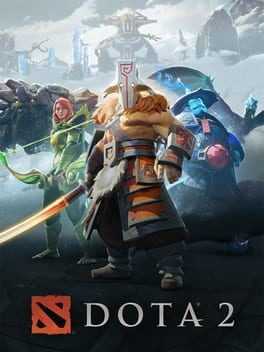 Dota 2 is a multiplayer online battle arena video game and the stand-alone sequel to the Defense of the Ancients (DotA) mod.

Each match of Dota 2 involves two teams, both containing five players and occupying a fortified stronghold at either end of the map. Victory is achieved by destroying the enemy’s Ancient, a building that is invulnerable until certain objectives are achieved. Each player controls a “Hero” character and focuses on leveling up, acquiring items and fighting against the other team to achieve victory during each match.