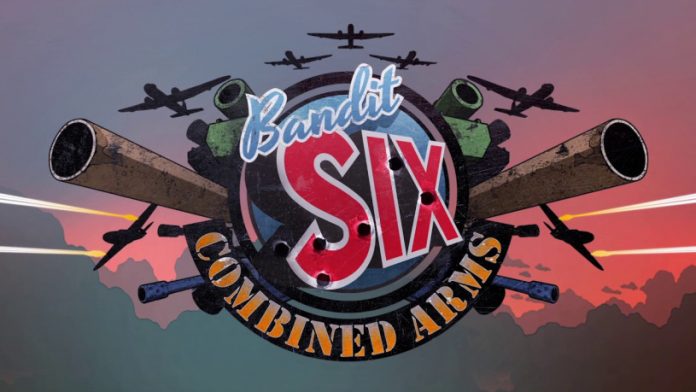 Bandit Six: Combined Arms puts you in the seat of a World War II tail gunner on a large warplane. You must defend the plane from attacking fighters. A second game mode lets you play as a turret gunner on the ground as you fight off planes, tanks, boats and other vehicles from invading the beach and taking over.

The game needs to be played while seated. Playing this while standing will cause balance issues and will also make the game feel unnatural. The character in the game is seated the entire time, so it makes sense for you to be seated too. You do not need any sort of play area for this. You do not use motion controls. The biggest movements you do are turning your head left to right. This leaves very little room for injury.

Initially, you will feel a little sickish when you are playing as the tail gunner. This isn't the standard motion sickness. It feels more like the sickness from being so high in the air and looking at the ground below going by. Thankfully after a few minutes of playing, you will adjust to it and the sickness should go away. The other game while playing as a turret gunner will not make you ick at all as there is no movement. You turn your heat to turn the turret and there is no motion outside of this.

Overall Bandit Six: Combined arms is a fun game that is just lacking in content. It is a lot of fun shooting the turrets and blowing up everything in ... Read Full Review