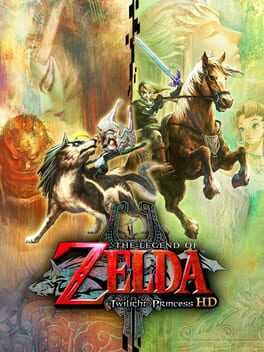 Available On
Wii U
The Legend of Zelda: Twilight Princess is a critically acclaimed masterpiece, set in a massive world bursting with life—but also shadow. A dark figure from the Twilight Realm has invaded the world of light. As Link, a farmhand turned cursed beast, join forces with the impish Midna and trusted (albeit unusual) allies to survive a quest that'll take you to the farthest corners of Hyrule and beyond… to the Twilight Realm. This emotional adventure is now on the Wii U console with improved visuals and controls—and new challenges. Choose Hero Mode to take 2x normal damage, or tap the Wolf Link amiibo figure to unlock the tough Cave of Shadows.

Are Too Many HD Remakes Getting Released?

Last weekend I decided to pick up a few new games as I had nothing to play (bit like a woman saying she has nothing to wear).  As I was looking through the games on...