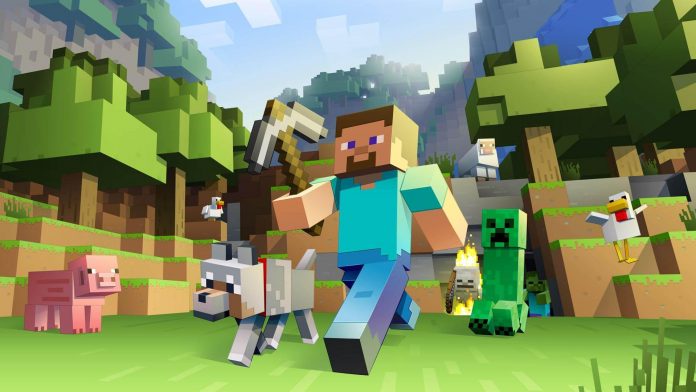 What started out as a fairly basic sandbox creation game, nobody could have imagined the heights that Minecraft would eventually reach. From its indie beginnings with a small studio called Mojang, Minecraft is now owned by tech giant Microsoft and is available on almost every game platform that is available on the market. It has become one of the most successful video games of all time.

The concept of Minecraft is incredibly simple. The entire world is made up of blocks. Grass, dirt, stone, wood and a huge amount of other blocks that all represent a material that is available to us in real life. Players can destroy or build these blocks in order to create a world that is entirely their own.

The construction elements are only one part. The darkness is filled with enemies, enemies that want to kill you. There are two other realms, one of which shares a striking resemblance to hell. With your sword, shield and various other tools and potions, you can take on these enemies and face the ender dragon or the Wither, two of the games main bosses.

The obsession over Minecraft is evident with the sheer number of videos that are published to youtube. Gamers constantly trying to outdo each other with bigger and better constructions. Entire fantasy cities have been recreated in Minecraft. Combined with the massive modding community that aims to make Minecraft look as real as possible, sometimes it feels like you can explore anywhere you can imagine in this game.

Below you will find a collection of game guides for Minecraft. You can see the full collection of guides using the link below. If you have some useful knowledge you would like to share with others, feel free to submit a game guide and we will publish it here for you.

Like many awesome Minecraft ideas, the idea of a Christmas village starts out great but it doesn’t take long to run out of steam. A…

A Minecraft castle is the culmination of all of your design work when you get started. You have found a village, made it your own…

Steampunk is a genre that takes modern ideas and technology and tries to recreate them using medieval technology. The result is a fairly quirky style…

Ever since animal taming became part of Minecraft, people have made attachments to the animal in order to be able to call them pets. What…

Treehouses in Minecraft are some of the most enjoyable buildings to build. The sense of building a house that is alive is really exciting. The…

Beaches are a fairly natural occurrence in Minecraft. They can look a lot warmer and more cosy depending on the biome you are in. When…

Namegenerator Dan Hastings- September 25, 2019
Usernames in some games matter more than others. When the tag is above your head in the game, you wanna make it something good. If you are looking for some cool Minecraft usernames then this username generator is exactly what...

How To Play Minecraft At School

Post Dan Hastings- February 7, 2019
So you are bored and want to know how to play minecraft at school? Well this can be a bit of a tricky subject. The fact you can read this post to begin with means that your school might not...

Getting Back Into Minecraft

Post Dan Hastings- January 12, 2019
My Minecraft adventures have been pushed aside for quite some time due to the vast amount of games that built up in my backlog. Now that I have started to get back on top of things, I have been wanting...

Post Dan Hastings- August 9, 2015
After some delays, Minecraft is finally available on the PS4 and Xbox One. Since pretty much everyone knows what Minecraft is at this stage, I am going to review this game as a comparison to the PS3 and Xbox 360...