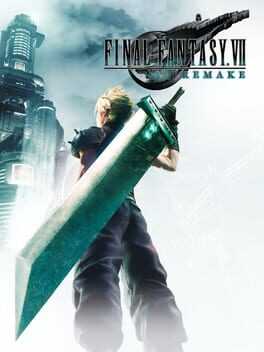 SQUARE ENIX® announced that it has begun production on the full remake of FINAL FANTASY® VII for the PlayStation®4 computer entertainment system.

Final Fantasy VII is a pretty unusual game and is fun to play. The production values are just incredibly low at times. For a large title from a big franchise, its shocking to see flaws that you would often see in a House of the Dead game. The experience is fun as the city and lifestyle are so strange and foreign. This is not enough to make up for the boring side quests, drab environments, and poor visuals. FFVII is a game that appears to have been badly planned from the start and was rushed to completion rather than go back to the drawing board. The NPCs feel like robots and the lip-syncing backs this up. The city never feels alive. With parts of the city in the distance looking like someone stuck a picture of a city up with duct tape, the city never feels authentic and immersive.
4/10