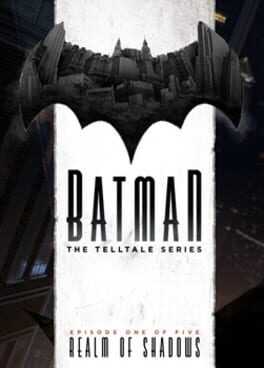 Available On
PC (Microsoft Windows), PlayStation 3, Xbox 360, Mac, PlayStation Network, PlayStation 4, Xbox One
Rating
Difficulty
Time To Beat
Watch
Collection
Enter the fractured psyche of Bruce Wayne and discover the powerful and far-reaching consequences of your choices as the Dark Knight. In this gritty and violent new story from the award-winning creators of The Walking Dead – A Telltale Games Series, you'll make discoveries that will shatter Bruce Wayne's world, and the already fragile stability of a corrupt Gotham City. Your actions and your choices will determine the fate of the Batman.Download Episode One of Batman: The Telltale Series, a five part episodic game series from the creators of The Walking Dead: A Telltale Games Series, The Wolf Among Us, and Tales from the Borderlands.
read more
Game Guides
Questions & Answers