Over the years we have seen some fantastic console mods that have turned a regular games console into an amazing piece of art. Generally this involves a talented artist, painting over the existing plastic and creating a realistic looking effect that always ends up being the envy of so many games. Well it looks like Ubisoft have taken things to a whole new level with this stone PS4.

Yes that’s right a stone ps4. The console is made from actual stone and not just painted on top of a real PlayStation. Of course it’s not really a console anymore it’s just a lump of carved stone that probably cost Ubisoft 10 times the cost of an actual ps4, but its not like they are short on cash.

The video below shows the painstaking effort that was taken by the stone mason to carve a stone ps4 from a blank block of what looks like sandstone. The attention to detail here is absolutely amazing. Stone isn’t exactly the best material for intricate detail, but somehow this guy was able to get every little bit added to this.

After watching the video I can o ly feel sorry for that poor PS4 that was used for imitation when he was carving. I’m sure it’s only fit for the bin at this stage.

Ubisoft have done this ahead of the highly anticipated Far Cry primal, which is a flash back to the days of hunter gatherer humans. No technology.. Just stone.

Check out the video below to see the time lapse video of this guy creating the stone ps4.

See Bioshock On The PS1 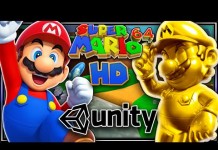 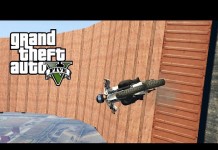