Video Game Anti-Heroes are the characters that you should feel bad for loving!

An Antihero is defined as a leading character who lacks the traditional heroic qualities such as idealism, courage, nobility, fortitude and moral goodness. Whereas the classical hero is larger than life, antiheroes are typically inferior to the reader in intelligence, dynamism or social purpose. So with this in mind let’s look at some of the biggest antiheroes in gaming

Kratos wasn’t always a bad guy, he was a caring father and loving husband, this what made Kratos standout as a character in the original game, but as the series progressed his justification for his actions seemed to get put on the back burner, to the point where he was acting like a total nutter. Perfect example of this is a scene in god of war 3 where shoves Poseidon’s daughter into a gear mechanism, crushing her to death simply to keep a door open. I will give Kratos some slack though as his actions at the end of chains Olympus did show there was something still human behind the rage.

There is not alot of people that wold consider a cold bolded murderer as a hero, but that is all agent 47 is, he is a hired assassin who kills people on command for money, you may want to reevaluate your life if you consider agent 47 a cool guy.

This one is totally down to your play style, but my dragonborn was a total dick. From the moment he learnt to shout he was throwing people off cliffs and creating mayhem for street vendors who had neatly stacked there stalls, along with all the looting and the petty thievery meant people weren’t exactly happy to see him coming most of the time. Also the murderer filled werewolf rampages didn’t help either.

Wario has always been a bit of a bastard, whereas Mario goes on adventures to save the princess, Wario is always off trying to get rich, chasing gold and diamonds and along with being considerably more violent then his red capped counterpart, means he might never be considered a proper hero. Also due to his recent actions in Mario kart double dash I will not allow anyone to say anything good about him.

It was kinda hard to narrow down to just one character when all grand theft auto protagonist are pretty much the people you would hope you never have to meet. Between the countless number of drug deals, murders, hookers and general criminal activity there shouldn’t be much to like about the leading roles in this series. But there was bonus points for Trevor for being the craziest of all GTA protagonists.

Alec mercer doesn’t really fit the superhero mold that well, considering most of abilities consist of killing everything around him and the fact he considers most civilians as collateral damage, i wouldn’t imagine many kids pinning up his posters in their bedrooms. Also the whole creating an evil army of mutated super in the second game was a bit of a dick move. 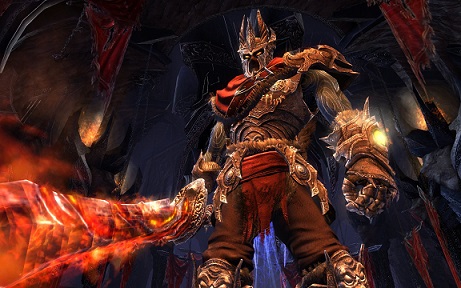 The Overlord
Even though the Overlord does an awful lot of good in his games, fighting other evil leaders and such, he only does these good deeds so he can be the only one to rule over them. But probably his biggest crimes is the insane amount of sheep abuse that he demands from his minions, I know endless bleating can be irritating but you need have some limits.

Wander – Shadow of the Colossus

His motivations are pure, Wander only wants to save the love of his life, but the way he has to save her is more than a little suspicious. Having to kill 16 building sized creatures is sinister as it is, but the fact that a lot of the creatures he tries to kill are generally peaceful and only starting fight back after you have plunged your sword into their spine makes you feel insanely bad for what you are doing.

Poor Max never had it easy in life, first he has to go through his wife and child being killed, then he start popping pills and develops a serious drinking problem, But he soldiers on taking on the criminal underworld all by himself. At least we get some bullet time every so often to break up all the depression.

Unlike his choir boy alter ego, renegade Shepard is quite dubious in his actions. Even though he gets the job done, the method in which he/she does it can raise a few eyebrows. During the course of the three games he commits a few acts of genocide, dooms several alien races, kills a few of his own crew members and punches reporters in the face. Actually ill forgive him for that last one since that bitch was asking for it.