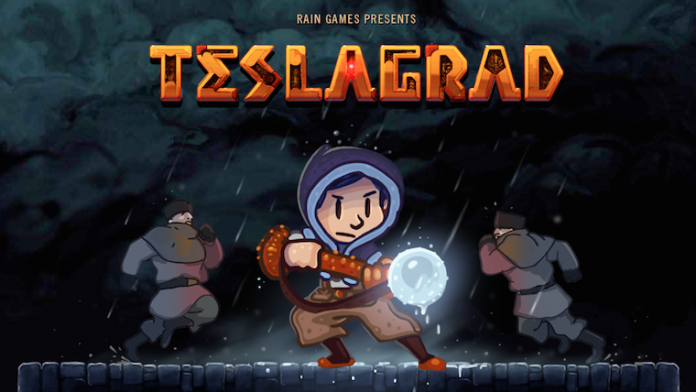 Teslagrad is a side scrolling 2D platformer. The main focus of the game is on the platforming and puzzle solving, with very little combat. My first impression of Teslagrad was very positive. The games visual style is incredibly attractive and the setting also gives off a great atmosphere. The game offers very little in terms of story, but its just enough for you to be able to know what’s going on. It’s up to you to fill in the blanks and decide how things have played out. In total it took me about 5 hours to complete this game and by the time I had gotten to the end I couldn’t help but feel that Teslagrad was wasted potential.

I really liked the visual style used in this game. It was like a hand drawn painting with nice attention to detail. The animations were all really well done. The movement of characters really gave off a feeling of weight. Everything fit in really nice with the overall style and theme. There was one visual thing that was a let down. The game makes heavy use of these kind of “vortex” fields that will push or pull the character around when you walk into them. The visual effect used for these felt a bit out of place when compared to the rest of the game. For larger levels with lots of detail these vortex fields were a real eyesore. 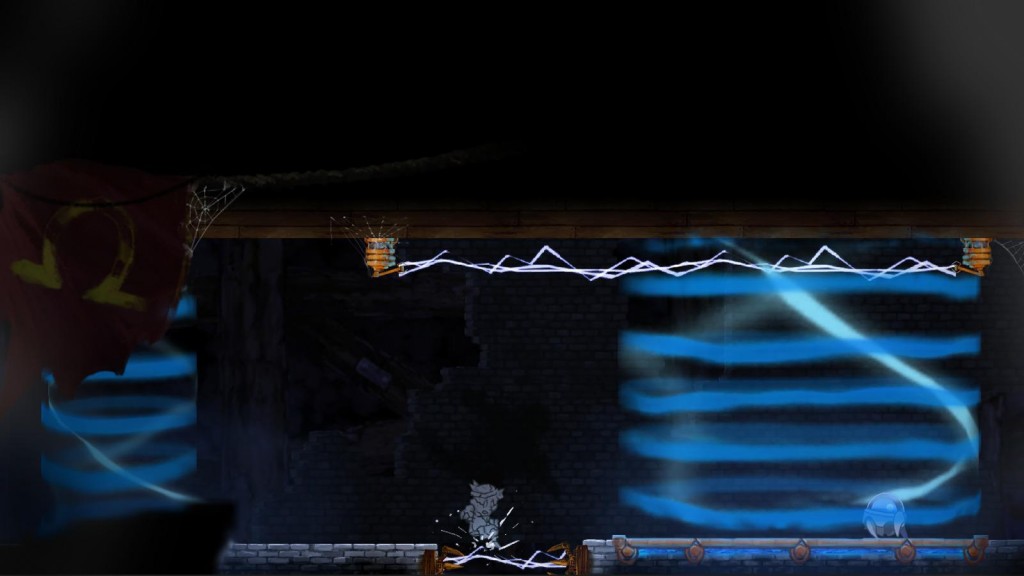 The game play was highly centered around platforming and puzzle solving. There were occasional enemies and a few boss fights, but for the most part there is very little combat. I didn’t mind this as the platforming was a lot of fun. The puzzles used were very clever and they take great advantage of the games physics. Unfortunately these physics don’t work as they should all of the time, causing a lot of frustrating deaths. Magnet like panels with a positive or negative charge have the tendency to shoot the character in random directions for no good reason sometimes. When trying to deal with some of the more intricate puzzles the game throws at you, it can become very frustrating when this happens. Another surprising flaw with the game was the walking. I found this to be a major annoyance when trying to jump onto buttons. It seems that when you move left or right the character the first step is an incredibly large one making it impossible to jump onto something that you are standing right next to. Instead you must move back and then jump forward. This was only an issue when jumping on buttons, but still a very simple thing that became very annoying.

The games performance was very smooth and I didn’t come across any issues that were unintended. I did find the checkpoint system to be a serious pain though. There is no way to save the game manually. You create a save slot and the game will auto save to this slot, never allowing you to save on your own. The problem with this is the game likes to auto save quite often. So often that it makes it difficult to complete some puzzles. If you are trying to get to a certain platform by climbing up a large tower and fall or go somewhere you didn’t intend, the game will save and you cannot reload. This sounds like normal behavior, but the auto save triggers way too often and easily. I ended up having to back up a game save to a memory stick and had to restore it multiple times, just to complete a single puzzle.

I was able to beat the game relatively quickly, but this was due to the complete lack of a story. Like there was absolutely nothing. There was no reason why you were doing what you were doing. No explanation to anything that was going on. So much work was put into making this game so good looking, it was such a waste that they just completely overlooked a story. If there was a good story that really immersed the player it would have been such a fantastic game. Teslagrad contains everything needed to make a really good game, but the lack of a story stopped me from really getting into the vibe and for me this was the biggest let down. There were various other annoyances with the game that weren’t really worth putting up with as there was nothing that made you want to progress to the end of the game. 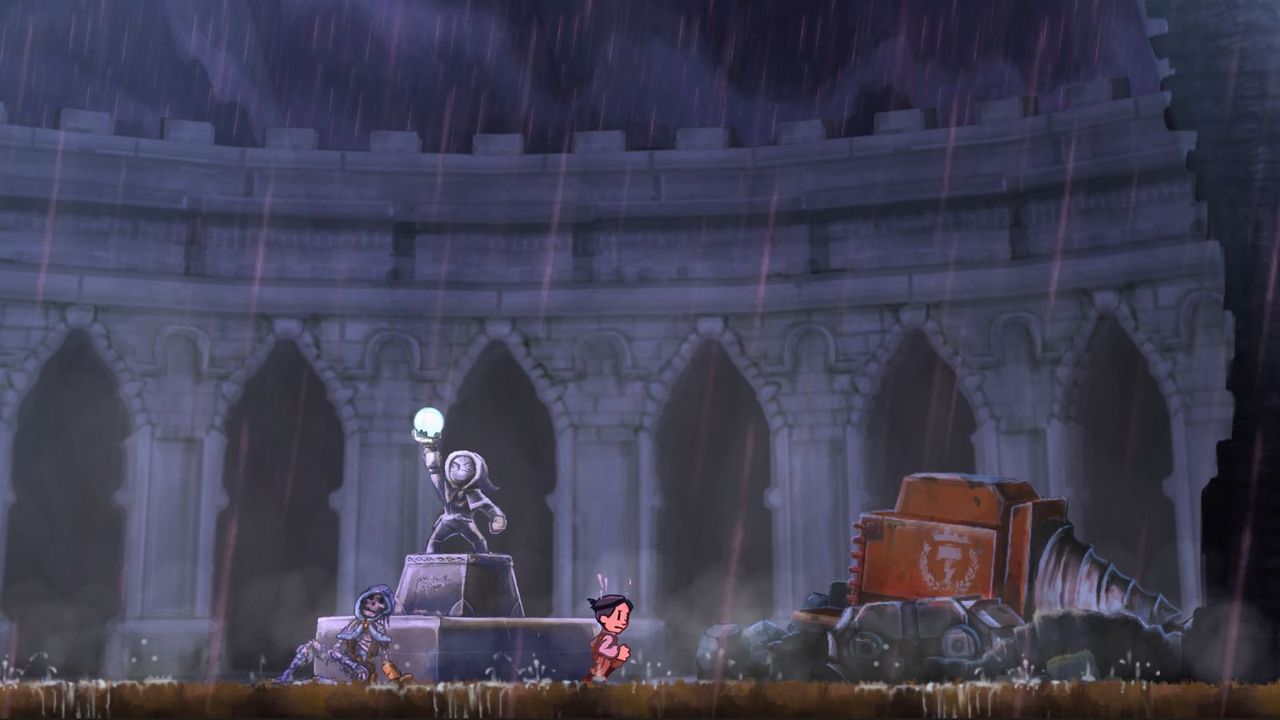 Teslagrad was a good game and overall I was fairly happy with everything that it did. The main flaw with this game is what it didn’t contain. A story means so much to me when it comes to games like this. When you don’t have heads to shoot, its nice to have a story to keep you engaged. I wouldn’t like to deter anyone from playing this game as it was a decent game, but there are plenty of better games out there that will leave a more significant stamp in your memory.

7/10
Teslagrad offers a visually appealing platformer that has solid performance and fun game mechanics. Unfortunately it falls very short in terms of story and logic making the game feel more like an awesome tech demo rather than a full on game.
Pros
Cons