Nazi zombies started with world at war and has been in a bunch of COD games since. Treyarch aren't making thisngsme, but it seems like a good idea too have zombies in this game anyway. Anyone know if it will have it? 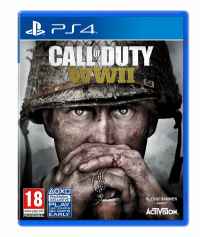 Will There Be A Zombies Game Mode In WW2? - . - See below for the answer to this question.

Yes, it looks like there will be a zombies mode for COD WW2. There have been similar game modes in other, non Treyarch games over the years, so it isn’t too surprising that it would be part of the game. They havnt revealed much about it to us yet and we dont have any gameplay, but we do have a trailer that confirms the game will indeed have a nazi zombies game mode. It looks a little different than it has in past games. Mostly in that it looks a hell of a lot more scary and seems as though it might be more story driven than wave driven. We will have to wait and see how it goes, but here is the trialer for it.