Will Valve be releasing Half Life Alyx for consoles? I know the current gen consoles like PS4 and Xbox One might not be able but what about the upcoming consoles. Is Alyx going to be released on the PS5 with the PSVR? 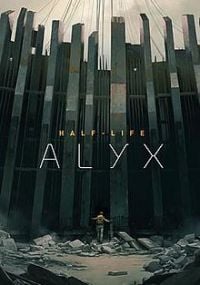 Game guides, questions & answers and other Half-Life: Alyx posts. If the answer below was not helpful, and still need Help? Submit a comment below or ask a new question.

While it is possible that it may someday come to consoles, it is not currently planned. Valve is a PC developer and while they have brought their games to consoles in the past, it has never been a priority for the Half Life franchise.

At the moment, Alyx is a VR only experience, which means that even on PC, you must use a VR headset to play it. There are mods that will allow you to play the game without a VR headset but they are not officially created by Valve. If Valve is unwilling to make the game non VR for PC, the chances of it being made for consoles where VR support is limited seems quite unlikely at the moment.

Any Advantage with PS Pro and PS VR?
Is there any advantage in using the PSVR with the PS4 Pro? Will all VR games on the PRO have better frame rates and performance? View Answer
Difference between Superhot and Superhot VR
[SUPERHOT VR] - View Answer
Is Fallout 4 VR being released on PS4
[Fallout 4] - View Answer