Tony Hawk’s project 8 was the last game that I played before they brought out those stupid skateboard controllers. I was going to pick up pro skater HD remake, but it doesnt say whether it has split screen. 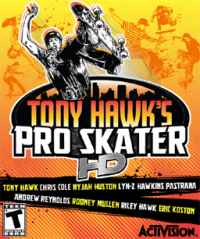 Game guides, questions & answers and other Tony Hawk's Pro Skater HD posts. If the answer below was not helpful, and still need Help? Submit a comment below or ask a new question.