I have found this red statue underwater. It is close to the shore and it is making a humming sound like an engine. It is glowing red and when I get close to it, it will cause me to start taking damage. What is this and what are you meant to do with it?

I was able to get my ship close enough to be able to use my harpoon but it doesn’t move the statue. I was thinking i could maybe use it to bring it back to an outpost or something. 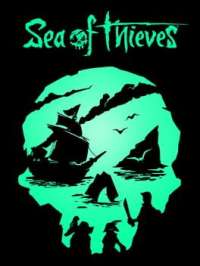 Game guides, questions & answers and other Sea of Thieves posts. If the answer below was not helpful, and still need Help? Submit a comment below or ask a new question.

These statues are called Cursed Mermaids. They are fairly common around the shores of islands. If you destroy them, they drop a Mermaid Gem which you can sell back at an outpost for a relatively large amount of gold when compared to treasure chest hunting.

Destroying the mermaid statues is quite difficult. It is suggested you have three or more players to destroy the red statue but it is possible with two. If you are playing alone, it is impossible to destroy them. When you shoot one, they begin to restore health right away. You need to unleash a constant stream of damage to take them out before they heal.

It is best if you do this from your boat. Move the boat using the harpoon so you can shoot the statue while standing close to the ammo crate. Both of you equip a flintlock and a sniper. Unleash all the shots you can as quickly as possible. It will eventually be destroyed but it does take some time.

Randvi stuck at the bottom of the sunken tower
[Assassin's Creed Valhalla] - Randvi is stuck swimming in the water at the bottom of the sunken tower during the taken for granted quest. she won't climb the tower or do anything to progress the quest View Answer
Follow Hytham, stuck in boat and won't move
[Assassin's Creed Valhalla] - I am stuck in the quest "to serve the light". Hytham is stuck in the boat and won't move. View Answer
Can you upgrade the level of a weapon?
[Fallout 76] - Is it possible to increase the level of a legendary weapon in Fallout 76. The weapon I have is way lower than my current level but it is a great gun. View Answer
How do you fix the broken statue to pray?
[Neon Abyss] - How do you repair the broken statue that you need to pray at outside the bar in Neon Abyss? View Answer
How do you get last the sharks in the sewers/boiler area?
[Luigi's Mansion 3] - How do you get past the sharks in the boiler area of Luigi's mansion with the water View Answer
How do you catch Pokémon in the water?
[Pokémon Sword & Pokémon Shield Double Pack] - How are you meant to catch water Pokémon and others that are swimming in the water areas of the map? View Answer