The cost of upgrading the balls in Idle Balls seems quite high for the additional strength that you get for it. It doesn’t really seem worth purchasing them compared to just saving up to get the next tier all. At the same time it is starting to seem pointless having the original balls bouncing around doing a few hundred damage. They may as well not be there in the first place. 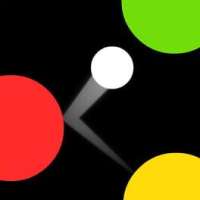 Game guides, questions & answers and other Idle Balls posts. If the answer below was not helpful, and still need Help? Submit a comment below or ask a new question.

I didn’t bother upgrading anything as the cost of doing so never seemed to be worth the return. I think the only way it would be worth it is if you only turned the game on once a week or whatever. The return you get from the purchase might be a little more worthwhile then. I did put a lot into the upgrade of the tap though and this seemed to be worth it if you turn the game on fairly often as it lets you clear off the final circle much quicker so that the next round triggers faster and ultimately gets you more points in the long run.

I can’t say for sure if it is worth it or not though. It didn’t seem worthwhile for me at least, but if someone who has spent enough points on this could weigh in it would be good.