I need to level up and get some more gear before I progress, but I don’t know how to replay past missions that I have completed. I was hoping I could just grind the first mission a bunch of times to get a load of XP and then move on when I was a lot stronger. I went to the quest tab in the menu and there is a section for completed quests, but it only lets me listen to the audio from the intro or outro of the mission and doesnt let me actually replay the mission. Surely this game doesnt have an end to it, i was under the impression that missions could be replayed over and over in order to gather supplies and what not. Am I doing something wrong?

Game guides, questions & answers and other Fortnite posts. If the answer below was not helpful, and still need Help? Submit a comment below or ask a new question.

It isnt possible to replay every mission in the game. There are certain missions, more of which occur as you progress that can be replayed. One of the first missios that is replayable is called “Fight the Storm”. Once you beat this you should be able to replay it again. More of these missions pop up as you go along so after a while there should be a decent of missions that you can replay for loot or whatever you need.

Another option is to start playing a game with a friend. They will be going through the missions for the first time and you can join in on it with them to replay the missions over again.

The image below will give you a good idea on how to replay missions. Alll the icons below are missions that I can replay. The orange one is the only one that is currently part of the story mode. The rest are missions that I have completed already. The question mark one in particular is one that allows you to jump into a random game with strangers. This makes it very easy to play new missions if you have run out and cant replay any of the pprevious story missions in your current game. 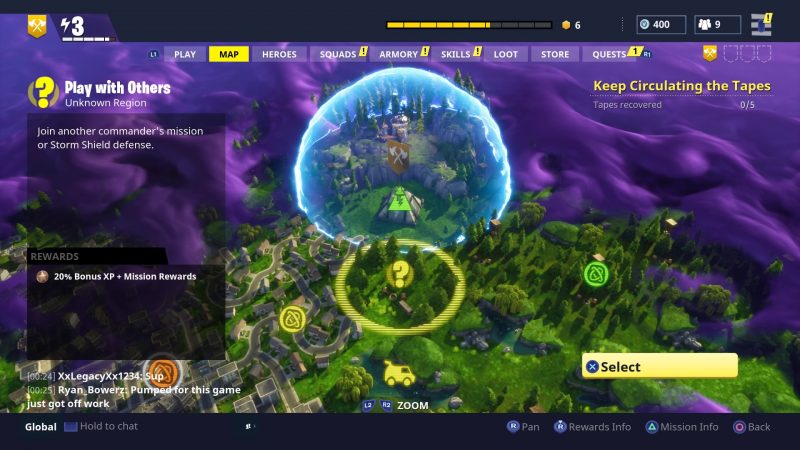