There are 2 separate releases for this game, one supports VR and the other doesn’t. Based on what I have seen from VR games they tend to a lot smaller and more focused on things that make the VR part fun compared to the standard games.  Based on the screens they look like the same game, which seems odd since they could just release a single copy and make VR an option to turn on which alters things. Is there a proper difference between the 2 releases of the game? 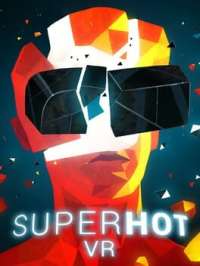 Game guides, questions & answers and other Superhot VR posts. If the answer below was not helpful, and still need Help? Submit a comment below or ask a new question.

Will Half Life Alyx be coming to next-gen consoles like the Xbox Series X and the PS5?
[Half-Life: Alyx] - Will Valve be releasing Half Life Alyx for the PlayStation 5 or Xbox Series X or is it going to remain a PC exclusive forever? View Answer
Any Advantage with PS Pro and PS VR?
Is there any advantage in using the PSVR with the PS4 Pro? Will all VR games on the PRO have better frame rates and performance? View Answer
Is Fallout 4 VR being released on PS4
[Fallout 4] - View Answer
Leave A Reply