Has anyone had any luck defeating Snorlax in one of the Dynamax dens? He seems to have a massive amount of health or defense. He randomly puts a shield up that protects him for four attacks. Most of the team mates (AI) use stupid attacks that buff others rather than do damage to reduce those 4 shots so I end up doing hardly any damage since I am losing turns.

I tried using a Pokémon that puts Snorlax to sleep but he doesn’t do enough damage with regular attacks. I end up getting kicked out of the raid before I can take him out. It’s annoying me as it’s the only raid available in a den at the moment. No others seem to be spawning. 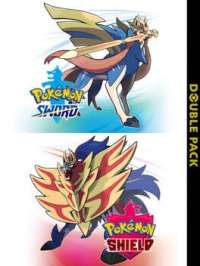 Game guides, questions & answers and other Pokémon Sword & Pokémon Shield Double Pack posts. If the answer below was not helpful, and still need Help? Submit a comment below or ask a new question.

Bypass the Lock-down on Brother 3 raid objective
[Wolfenstein: Youngblood] - I can't get into the room for the quest objective bypass the lockdown at brother 3 View Answer
Leave A Reply