From legendary game creator Hideo Kojima comes an all-new, genre-defying open world action adventure, starring Norman Reedus, Mads Mikkelsen, Léa Seydoux and Lindsay Wagner. In the near future, mysterious explosions have rocked the globe, setting off a series of supernatural events known as the Death Stranding. With otherworldly creatures plaguing the landscape, and mass extinction imminent, it’s up to Sam Porter Bridges to travel across the ravaged wasteland and save humanity from impending annihilation.

This section is for frequently asked questions, help and tips. If you are looking for help relating to Death Stranding, a list of questions that people have already asked can be found below. 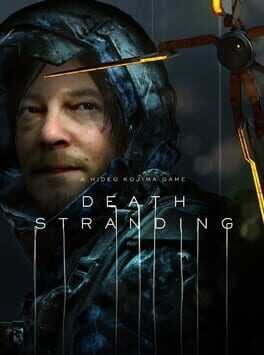 Death Stranding is the first game from Hideo Kojima's new studio Kojima productions. Since parting ways with Konami in what appeared to be a bitter riff, we have known he is working on a new project, but it was kept under wraps until launch. The game launched to mixed reviews. Some people were very fond of the game and how it tried to do something different. The other side of…
Game Guides - Questions & Answers  - Read Review [8/10]

Can you kill BTs in Death Stranding?

Rather than having to sneak around BTs is it possible to kill them instead? What is the best way to take out a BT before they kill you?

I have constructed a floating carrier in Death Stranding and I can see it in my inventory but I cant figure out how to equip it so that I can load cargo onto it.

The cost of building the roads in Death Stranding is quite expensive. Having a highway is useful but is it worth the trouble of having to search for the resources. Does it cost more time than it saves?

Death Stranding
How Do You throw Cargo into the water?

What controls do you use to throw items into the water in Death Stranding? Is there a way to toss cargo rather than drop it

Death Stranding
How do you make Lockne Change her mind?

I need to find a way to change locknes mind. I am at mountain knot city but i do not know what I am supposed to do to make her let me in

Death Stranding
How long does it take for a dead body to go necro?

How long do I have to dispose of a dead body in Death Stranding before it goes necro? Is there a way to see how much time you have left before it is too late?

How are you meant to get a new bike in death stranding? The bike that I have found is all broken down and damaged. How to i repair it or build a new bike when this one is broken?

Death Stranding
Is there a way to pass time faster to replenish resources?

Is there a way to make supplies replenish faster at the knot cities and settlements. Can you rest and force the items to replenish faster than normally having to wait and play on with the game

Death Stranding
Can you drive the trucks?

Can you drive the trucks that are near the cities. They are locked and I am unable to get into them, but they seem to be movable.