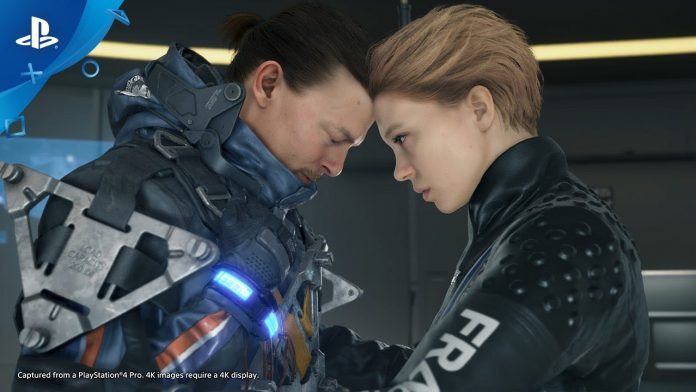 A new and fairly lengthy trailer for Death Stranding has dropped and it shows us a shit load more about the game…not that it has helped me figure out what the hell is going on yet. I’m sure in traditional Kojima fashion, there will be a million hidden secrets in the trailer for people to start digging up. I am starting to get hyped for this game, but at the same time, I have no idea what I am getting excited about.

There were some brief gameplay scenes that show some combat, a bike you can drive and a few of the things you have in your inventory. Shout out to that kick ass looking magic ladder. I can’t wait to see what things people end up doing with this to clip outside of the games environment. And what is going on with all those invisible dead lads hanging in the forest. This game seems nuts! Check out the trailer for yourself!

Still confused, or even more confused about what this game is now? What’s going on with that baby? Does it have a gopro in there with him or something? It certainly has tickled my interest anyway. We have a release date now! Do we start taking bets now about it being delayed?

In other news, a new Modern Warfare, but back to its origins? It doesn’t look like a HD remake but rather a franchise reset. I forget the name of that lad with the cigar, but he’s back. Where would the world be without my informative character descriptions. Price, is his name Price? Whatever, he’s the lad with the big ass mutton chop sideburns.

The trailer doesn’t really have anything all that special in it, it is more the reveal that its a new Modern Warfare game that is exciting. I tell ya, this game better have a fuckin story. None of that battle royale bullshit. I want a new COD story!

If you do not believe me or want to double check my character description, here is the trailer for the new Modern Warfare game.