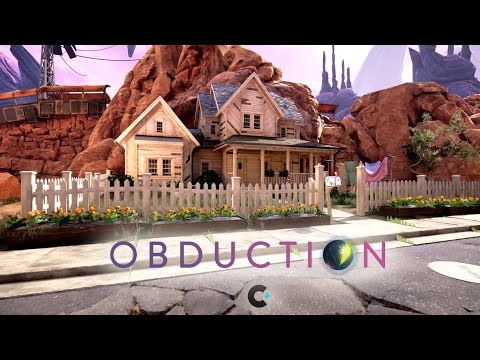 There are probably a few people out there who have no idea what Myst is, but for those who do, this is pretty amazing news. Myst is an adventure puzzle game that was initially released back in 1993. Over the years it has been re-released on several platforms, but never hit mainstream popularity from these re-releases which is a major shame. It looks as though this is about to change soon as the spiritual successor to Myst is on the Horizon.

Obduction is the latest game to be released from the team at Cyan. It is an incredibly long awaited successor to Myst and is most definitely going to be getting a lot of headlines over the next few months. All we have to work on is a visually stunning teaser trailer, but judging by the quality of the world and visuals present in the trailer, we will likely see some more material quite soon.

The trailer doesnt reveal much for us to really sink our teeth into, but what is clear is that this game has been in development for quite some time without having any leaks. The game is stunning and quite atmospheric. The lighting effects as the light breaks through the railway bridge are pretty cool.

For now this is all we have, so get watching!